LEWISTON, Idaho – This spring, Cabernet Sauvignon will be focus for the inaugural Lewis-Clark Valley Wine Festival, an event to showcase the Pacific Northwest’s first commercial wine region and one of the country’s newest American Viticultural Areas.

On April 5-7, the Idaho Panhandle communities of Lewiston and Juliaetta along with Clarkston, Wash., will showcase their work with world’s most popular Bordeaux variety. Members of the Lewis-Clark Valley Wine Alliance selected the theme of “Old World Grape in the New World.”

Coco Umiker, co-owner and winemaker of Clearwater Canyon Cellars in Lewiston, also serves as president of the Lewis-Clark Valley Wine Alliance. She and her husband, viticulturist Karl Umiker, spearheaded the AVA petition with Mike Pearson and Melissa Sanborn of Colter’s Creek Winery. They hired geologist Alan Busacca to write the bi-state document that the federal government formally approved on April 20, 2016.

“I’m excited to say that beautiful and clear science established the boundaries of the Lewis-Clark Valley American Viticultural Area in 2016,” Coco Umiker said. “Grape growers in this region are truly working within a uniquely awesome environment to grow word-class wine. The Lewis-Clark Valley Wine Festival will be an annual celebration of the terroir of the Lewis-Clark Valley and an opportunity for wine lovers near and far to explore all that the wine and tourism industries have to offer here.”

Ironically, by the end of the 19th century, this area was home to the first large-scale wine industry in the Pacific Northwest when Robert Schleicher, a Frenchman, established a 130-acre vineyard near Lewiston. Prohibition wiped out that project. 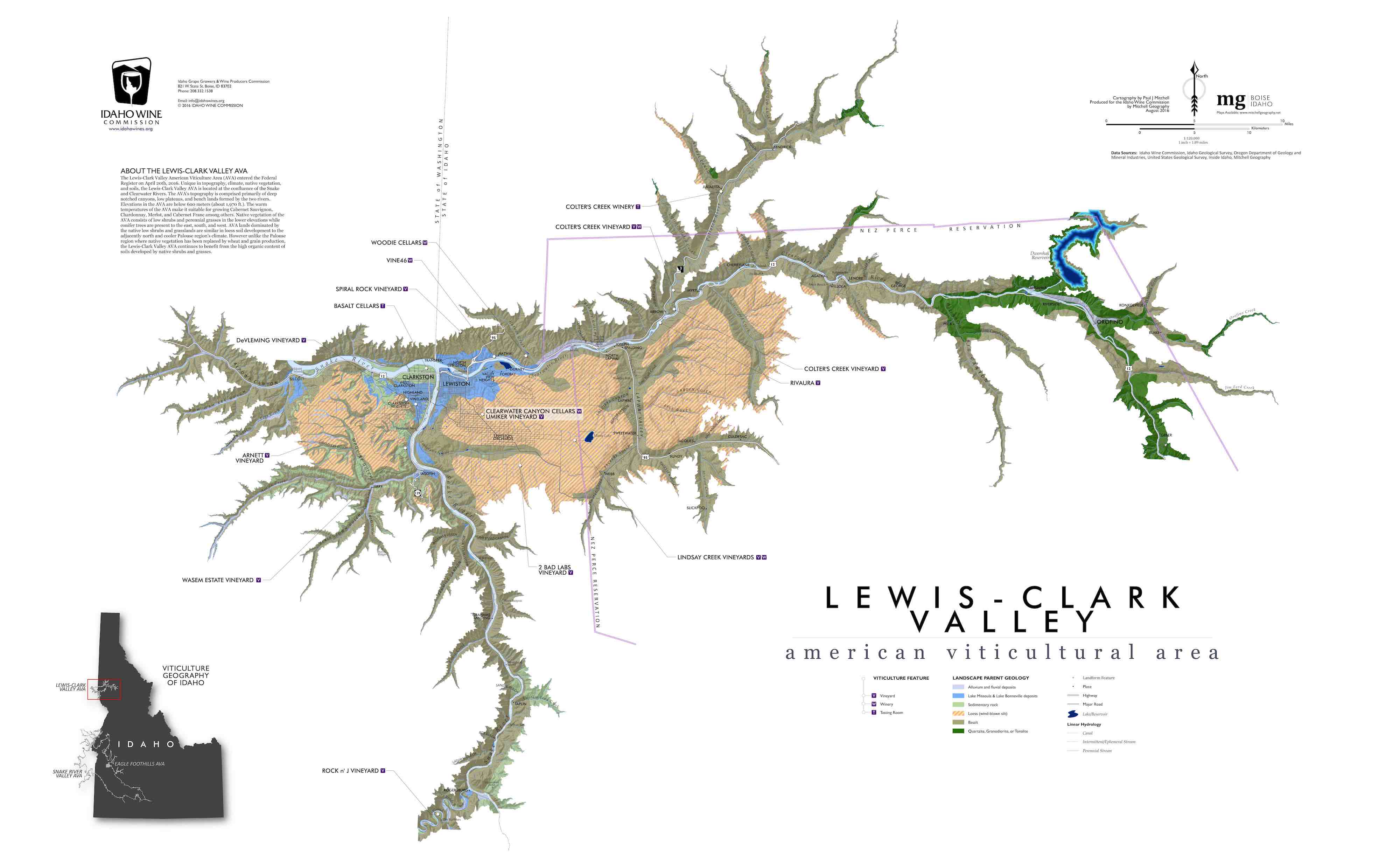 The Lewis-Clark Valley American Viticultural Area was established by the federal government in 2016. (Image courtesy of the Idaho Wine Commission)

The Lewis-Clark Valley Wine Alliance has been sparked by the 2016 establishment of the American Viticultural Area.

Lewis-Clark Valley member wineries in Idaho include Clearwater Canyon Cellars (Lewiston), Colter’s Creek Winery (with tasting rooms in Juliaetta and Moscow), Rivaura Estate Vineyards and Winery (Juliaetta), Spiral Rock Vineyard (Lewiston), Tammany View Winery (Lewiston) and Vine 46 (Lewiston). Another nascent Idaho producer, Jovinea Cellars in along the Clearwater River near Lenore, will operate a pop-up tasting room in downtown Lewiston during the weekend of the festival. Across the river in Clarkston, Wash., is Basalt Cellars and a satellite tasting room for Parejas Cellars.

During the course of three days, the history of the Lewis-Clark Valley and its relationship with wine will be a focus at each winery. On Saturday, April 6, the signature event is the winemaker dinner at Mystic Café in Lewiston with executive chef/certified sommelier Sara Wilson.

All weekend long, Lewis-Clark Valley Wine Alliance wineries will open their doors and welcome visitors to taste their wine, listen to live music, dine on local food and discover the flavor of the region.

All participants will be required to purchase the official Lewis-Clark Valley Wine Festival Weekend Tasting Passport, which costs $40. 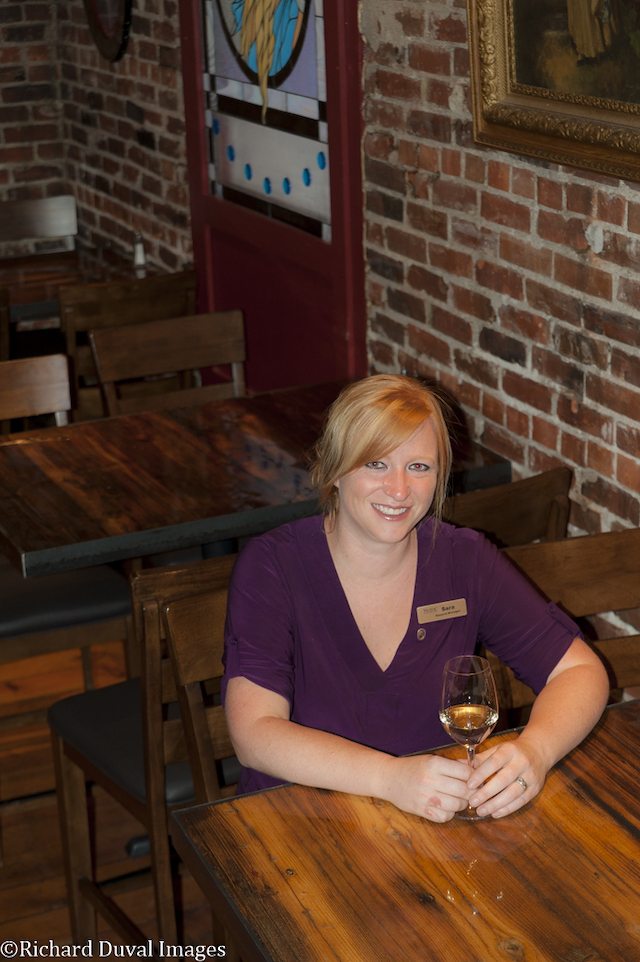 Executive chef Sara Wilson, who grew up in Lewiston, Idaho, attended culinary school at Boise State prior to becoming a certified sommelier in the Bay Area. (Photo by Richard Duval Images)

Friday, April 5
The premier Lewis-Clark Valley Wine Festival kicks-off with an exclusive Riedel glassware presentation near the Snake River at Basalt Cellars in Clarkston. Cost is $85.

Saturday, April 6
Start the morning with the History, Geology and Grapes seminar, a fun and educational winemaker-led program at Quality Inn & Suites in Clarkston. Learn about the history of the Lewis-Clark Valley AVA and Cabernet Sauvignon. Presenters include historian Steven Branting and geologist Keegan Schmidt from Lewis-Clark State College. Lewis-Clark Valley wines will be paired with a fresh, complementary menu. Cost is $45.

That evening, Mystic Café in Lewiston will stage the signature winemaker dinner. Lewis-Clark Valley member producers and winemakers will mingle with guests as they experience an eclectic six-course menu by Sara Wilson paired with Lewis-Clark Valley AVA wines. Cost is $135.

Sunday, April 7
Wake up and visit one of the participating restaurants for brunch as they feature exclusive menus to complement Lewis-Clark Valley wines.