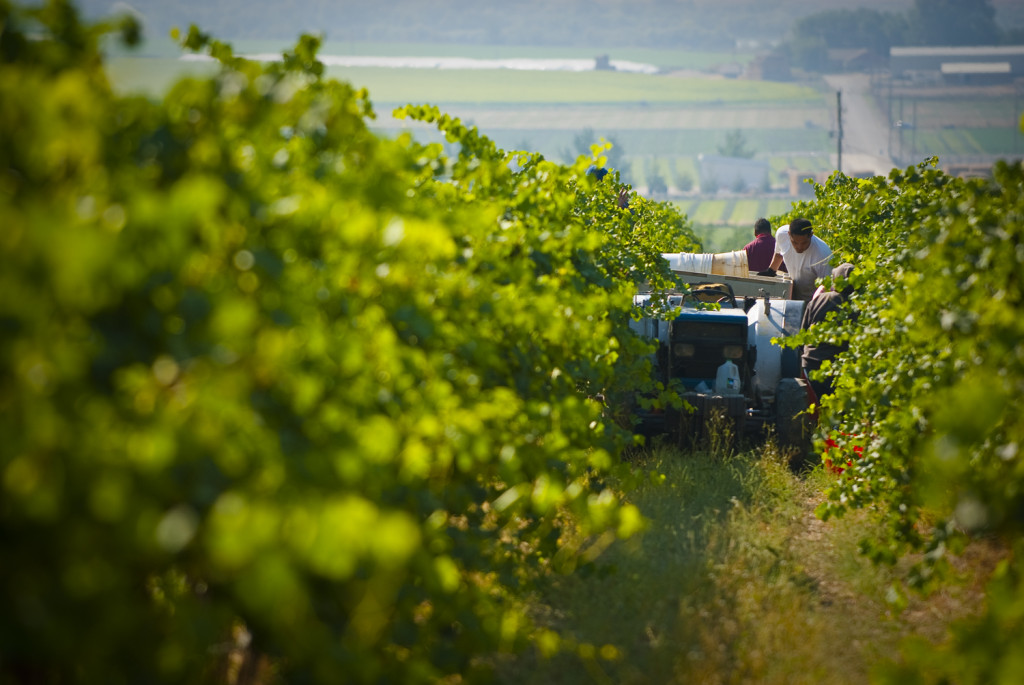 Snake River Valley grape growers and winemakers are concerned that a string of frigid days in January will mean less grapes to harvest in 2013. (Photo courtesy of the Idaho Grape Growers and Wine Producers Commission).

Grape growers and winemakers in the Snake River Valley enjoyed a record vintage in 2012, but a string of days with single-digit temperatures in January has the Idaho wine industry worried about bud damage in 2013.

“We had temps down to minus 3 at our place for a week, so I am concerned,” Ron Bitner of Bitner Vineyards in Caldwell said via email. “I am going to do bud samples next week.”

Caldwell winemaker Martin Fujishin said another vineyard reported a low of minus 4.

“It’s too early to tell exactly, but a rough guess could be that we might see a crop loss of 10 to 20 percent,” Fujishin said Tuesday while attending the Washington Association of Wine Grape Growers annual meeting in Kennewick.

Scott DeSeelhorst, owner of Snake River Winery and the 75-acre Arena Valley Vineyard in Parma, said this winter comes on the heels of a nearly perfect year for the Idaho wine industry.

“It was single digits for two weeks, so I’m a little concerned about that,” DeSeelhorst said. “We will know for sure at bud break, which is usually mid- to late April for us, but I’m going to get some cuttings and put them in water, trying to force some buds to shoot. I’d like to have an idea before you start pruning.”

Bitner, who began growing grapes soon after moving to the Sunnyslope area in 1980, has rated this as the coldest winter since 1991. At this point though, there’s not a lot of widespread damage expected, according to Moya Shatz Dolsby, executive director for the Idaho Grape Growers and Wine Producers Commission in Boise.

“Since the vines are dormant, the risk to vine damage is much less than in spring and fall,” she said via email. “Buds should be safe with only some damage to phloem (10-30%).  A vine can survive more than 50% phloem damage and still be productive.  Bud kill temperatures are in the double-digit negatives, so we should be OK for now.  The big concern will be if we warm up long enough for the vines to awake and then be hit with a late spring frost.”

Fujishin works with a variety of vineyards for his own Fujishin Family Cellars and as the assistant winemaker for Greg Koenig. He said the bitter weather might be felt on several levels throughout the Idaho wine industry.

“It’s the new blocks that I’m most worried about because they might not be rooted down far enough yet,” Fujishin said. “We found hard frost as deep as 14 inches.”

Riesling has been largely bullet-proof in the Snake River Valley and served as the backbone of the state’s wine industry, but Treasure Valley winemakers have enjoyed recent success with newer plantings of less-winter-hardy varieties such as Petite Sirah, Sangiovese and Tempranillo.

“This is semi-alarming,” Fujishin said. “We’re operating in a grape shortage already with certain varietals. Now, we’re looking at possible decrease in yields.

“In Idaho, we always live on right on the edge – and some years we fall off,” Fujishin added with a smile.