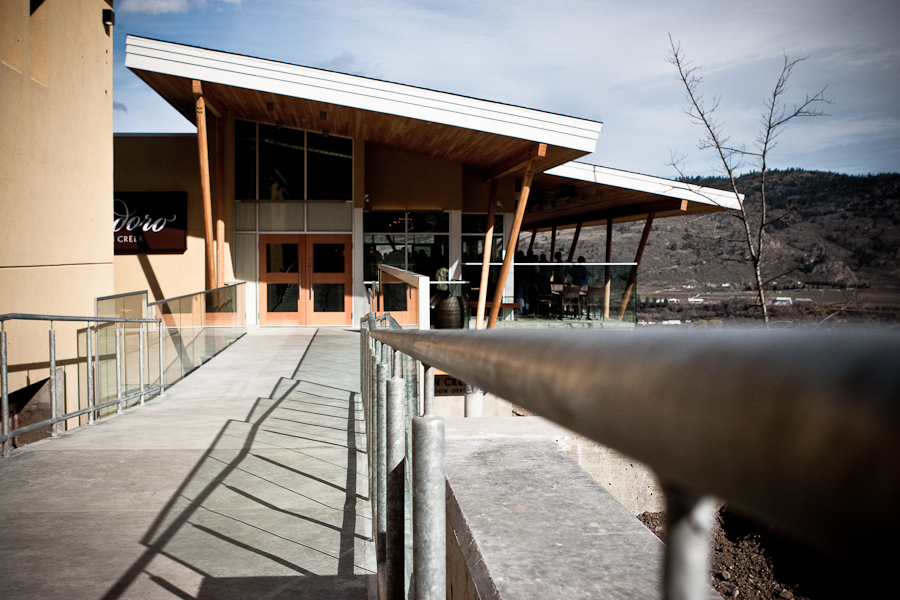 OLIVER, British Columbia – A sure sign of the spring thaw in British Columbia’s Okanagan Valley is when the doors are unlocked at Miradoro Restaurant at Tinhorn Creek, last year’s winner of Vancouver Magazine’s Best Winery/Vineyard Dining Award. 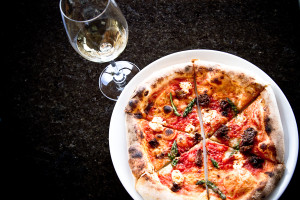 The tony estate restaurant for Tinhorn Creek Vineyards re-opened March 1 after its traditional closure for January and February as most of the traffic along the Golden Mile near Oliver involves skiing – not wine touring.

Few, if any, West Coast wineries offer a view as breathtaking as this collaboration between Vancouver restaurateur Manuel Ferreira and Sandra Oldfield, president and winemaker of Tinhorn Creek.

Miradoro, which opened April 1, 2011, blends Mediterranean-influenced cuisine, Okanagan Valley produce, Ocean Wise seafood and some of the region’s top wines with the talents of Jeff Van Geest, who has been the executive chef from the beginning.

And to help lure traffic into the environmentally friendly facility, diners can orchestrate their own three-course menu from the regular dinner menu for $35.

One of their most remarkable pairings is Oldfield’s rosé with Van Geest’s Beet Salad, which includes ricotta, citrus honey vinaigrette and edible flowers.

Another feature of the spring at Miradoro is its Communal Table. The special family style menu is held each Tuesday night  until May 28. Cost is $25 per person, and reservations are required.