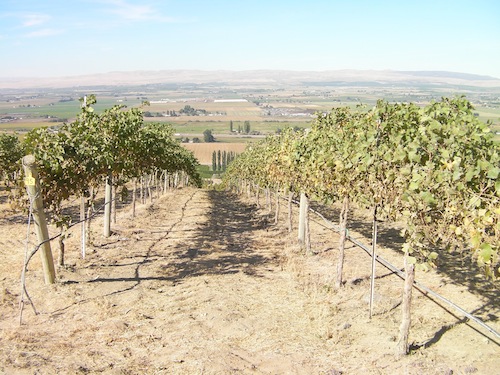 A view of the Yakima Valley from the top of Snipes Mountain near Sunnyside. (Photo by Andy Perdue/Great Northwest Wine)

Even if you never harbored dreams of being a scientist, the wine industry is a pretty good reason to get geeky, especially when it comes to geology.

Take as an example Washington’s Yakima Valley. It, along with the broader Columbia Valley, is a study in geological power and grace. 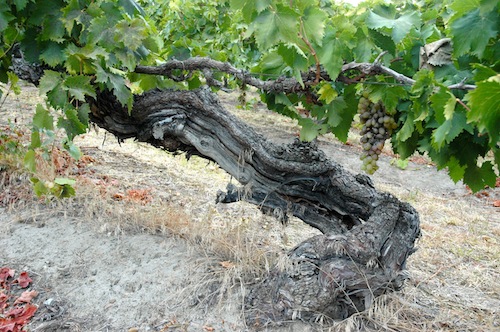 This Thompson Seedless vine was planted by William Bridgman in 1917 on Snipes Mountain in the Yakima Valley. (Photo by Andy Perdue/Great Northwest Wine)

In a narrow sense, the Yakima Valley AVA is 30 years old this year because the federal government deemed it an American Viticultural Area in 1983. In reality, the grape and wine industry goes back nearly a century, when a man named William Bridgman began planting grapes near the Yakima Valley town of Sunnyside and, after the great experiment of Prohibition was repealed, he launched a winery that lasted beyond his death.

In fact, his Upland Winery has been resurrected by grape grower Todd Newhouse, who works Bridgman’s old vineyard and cares deeply about the history behind it.

Yet to truly understand the Yakima Valley, we must take a trip back into prehistory, when the region we know as Eastern Washington was being formed.

How the Yakima Valley was formed 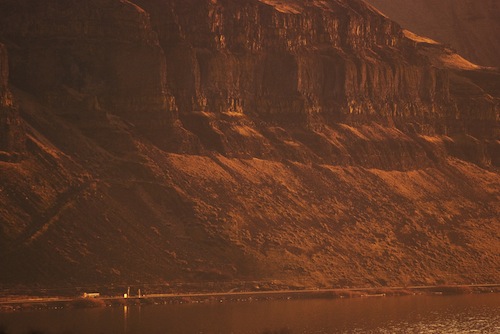 Basalt columns rise several hundred feet above the Columbia River in the Wallula Gap, where the Ice Age Floods flowed through some 15,000 years ago. (Photo via Flickr, click for credit)

According to experts, the basalt bedrock that is the foundation for much of Eastern Washington and northeastern Oregon was formed some 15 million years ago, ultimately creating the Columbia Basin that is now one of the great agricultural regions in North America. Meanwhile, active volcanoes in the Cascade Mountains to the west of the basin added lava and ash to the region. And the Columbia River brought in another layer of complexity from what is now British Columbia.

Movements in the earth’s tectonic plates helped create two ridges: the Rattlesnake Hills and the Horse Heaven Hills. Between them runs the Yakima River from the Cascade Mountains – and thus we have the fertile and dynamic Yakima Valley.

In more recent times – around 12,000 years ago, near the end of the last ice age – another cataclysmic event occurred that helped shape what the modern wine industry would become. A lobe of ice from the Cordilleran Ice Sheet that covered much of what now is western Canada, created a dam in the Clark Fork River in northern Idaho. This caused water to back up into western Montana, creating what is known as Glacial Lake Missoula. It is believed to have been larger than at least two of the modern Great Lakes.

Ultimately, the ice dam failed, and the lake drained, causing massive floods to careen through the Columbia Basin. It helped create the coulees and such geological wonders as Dry Falls. When the water – which traveled at about 60 miles per hour – got to the bottom of the basin, it had no place to go because it bumped into the Horse Heaven Hills. It formed Glacial Lake Lewis, the epicenter of which is where the Tri-Cities is today. The temporary lake backed up into the Blue Mountains in the east and all the way to the city of Yakima in the west.

This helped form the terrain of Red Mountain and dropped sediment into the Yakima Valley all the way to the foothills of the Cascade Mountains. Within a couple of days, the water drained through the Wallula Gap east of Tri-Cities, flowed down the Columbia Gorge and flooded the Willamette Valley as far south as Eugene, Ore. Then it followed the course of the Columbia, emptying into the Pacific Ocean at Astoria, Ore.

Then that ice lobe blocked the Clark Fork River again, and the entire process repeated itself. In fact, geologists believe Glacial Lake Missoula and Glacial Lake Lewis formed 80 to 100 times through the course of several hundred years.

In the 12,000 years since, dust has blown in from the south and west to create layers of sand throughout the Columbia Valley and provide the young soils unique to the region. In the Yakima Valley, this wind-blown loess soil melds with the sediment left by the Ice Age floods. 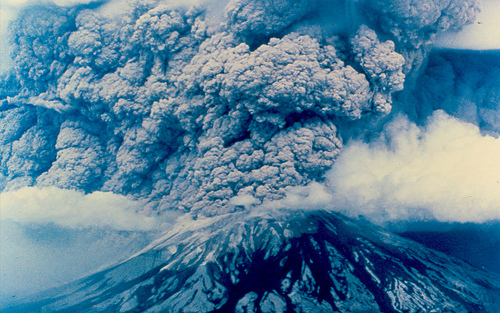 Mount St. Helens erupted in May 1980, revealing a glimpse at the violence that formed Washington wine country. (Photo courtesy of the Washington State Department of Natural Resources)

The 1980 eruption of Mount St. Helens coated Eastern Washington with its ash, a modern reminder of the region’s violent past – and an added bit of complexity to Washington wine country’s soil. 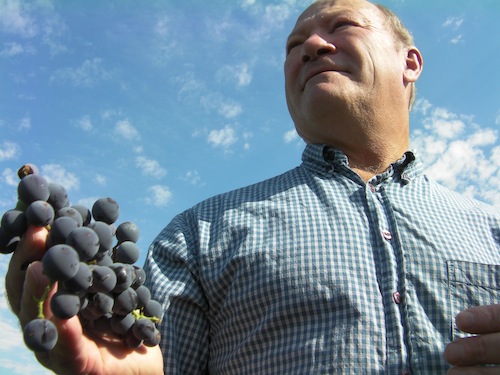 Efeste 2011 Sauvage Sauvignon Blanc, $20: Using grapes from famed Boushey Vineyard in the heart of the Yakima Valley near Grandview, this wine reveals aromas of grass, herb, lime and fresh-cut celery. On the palate, it is loaded with bright acidity that backs flavors of lime and sweet herbs. It’s a perfect wine to pair with raw oysters or seared scallops.

Chinook Wines 2009 Cabernet Franc, Yakima Valley, $23: If any winery reveals the purity of grape and the advantages of the Yakima Valley, it’s Chinook in Prosser. Winemaker Kay Simon uses grapes from such vineyards as Chinook, Boushey, Carter, Lonesome Spring and Desert Hills. It is a gorgeous wine with aromas of chocolate, fresh dill, red cherry and lingonberry. On the palate, the flavors of pomegranate and cherry mingle with a sprinkling of cocoa powder. A near-absence of tannins means the entire structure of the wine is reliant upon acidity – and it works beautifully. Somewhat oddly, we were drawn to the idea of pairing this with crab cakes.

Doyenne 2009 Signature Syrah, Yakima Valley, $44: Winemaker Chris Upchurch of DeLille Cellars in Woodinville has been producing Yakima Valley Syrah for many years. This comes from Grand Ciel and Ciel du Cheval in the warm Red Mountain region of the Yakima Valley, as well as Boushey Vineyard, a cooler site that tends to show more Côte-Rôtie characteristics. It sure does here, with aromas of bacon and game meats as well as poached plum and mincemeat. On the palate, it opens with flavors of dark chocolate and blackberry. It has wonderful richness on the midplate, and the medium-bodied structure never reveals the 15.2% alcohol.