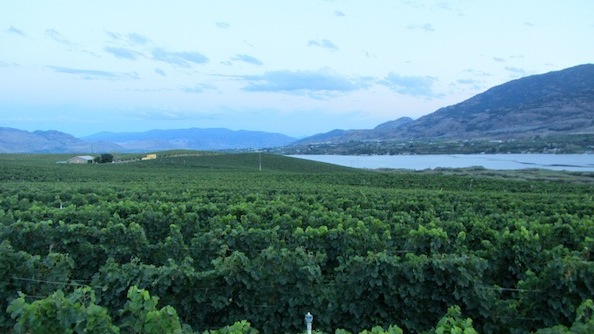 Bear Cub Vineyard made history in British Columbia as this estate site for Jackson-Triggs Okanagan Estate yielded Sauvignon Blanc on Aug. 27, 2013, the earliest harvest of vinifera in the Okanagan Valley. (Photo courtesy of Constellation Brands)

OLIVER, British Columbia — Jackson-Triggs Okanagan Estate Winery began Tuesday night what is believed to be the region’s earliest harvest of vinifera grapes in the history of British Columbia wine.

“I spoke with the BCWI, and they confirmed that this is the earliest harvest ever for vinifera table grapes in the Okanagan since they’ve been keeping records,” Pike-Raffan said.

Jackson-Triggs white winemaker Derek Kontkanen pointed to lower-than-normal precipitation and above normal Growing Degree Days as the factors in the record start. 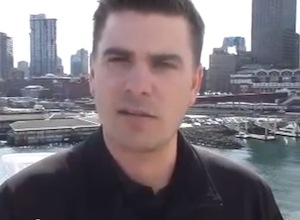 “This is my 10th vintage here and it’s great to see a return to more normal Okanagan-like weather, similar to 2008 and 2009, with a warm and consistent growing season,” Kontkanen said in a news release. “When looking at the numbers, so far this season is shaping up to be a very good vintage. The flavour profile of our first varietal to come in Sauvignon Blanc, is just what we’re aiming to achieve — grassy, grapefruit and tangerine tropical notes, along with good balance of sugar and acidity.

“Now we just need the weather to hold out to the end of October,” he added.

Troy Osborne, Constellation’s director of viticulture for its western properties, said, “The growing season to date, to sum it up in a few words — hot, dry, phenomenal. In my 21 years here in the Okanagan in viticulture this is the earliest we’ve ever picked vinifera grapes.” 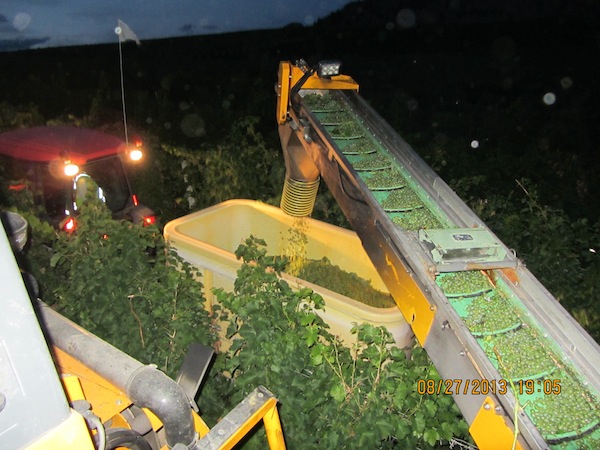 Bear Cub Vineyard on the Osoyoos Lake Bench made history in British Columbia as this estate site for Jackson-Triggs Okanagan Estate yielded Sauvignon Blanc on Aug. 27, 2013, the earliest harvest of vinifera in the Okanagan Valley. (Photo courtesy of Derek Kontkanen)

Crop load for the Sauvignon Blanc came in at a relatively small 3.5 tons per acre, the winery reported.

Data collected by Constellation for its British Columbia vineyards showed temperatures during July surpassed 102 degrees Fahrenheit (39 Celsius), which pushed up verasion by as much as 10 days.