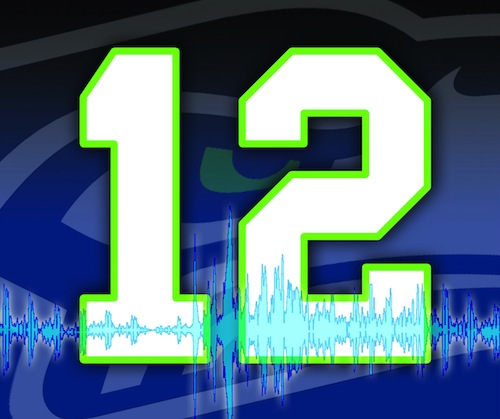 Northwest Cellars in Kirkland, Wash., is paying tribute to the 12th Man – Seattle Seahawks fans – with this commemorative label.

KIRKLAND, Wash. – One Washington winery is celebrating the success of the Seattle Seahawks, providing a way for fans to toast this season’s NFC West champions.

Northwest Cellars, based in this Seattle suburb on the east side of Lake Washington released a “12th Man” label this week, and it’s already become a big seller. Since unveiling the label Monday, owner Bob Delf already has sold more than 100 cases of wine. The label includes a seismograph reading, paying tribute to fans who caused small earthquakes to be registered in last week’s divisional playoff victory at CenturyLink Field over the visiting New Orleans Saints.

Delf launched Northwest Cellars in 2004 as a personal label company, meaning he would put customized labels on the wines he produces. This allows companies or families to enjoy wines labeled specifically for a special occasion, such as a wedding or for Christmas gifts. In the past decade, Delf and his team have produced more than 1,500 custom labels.

He found such great success with the business, Delf now also sells wine under the Northwest Cellars label, and his wines have earned top awards from wine critics across the country. 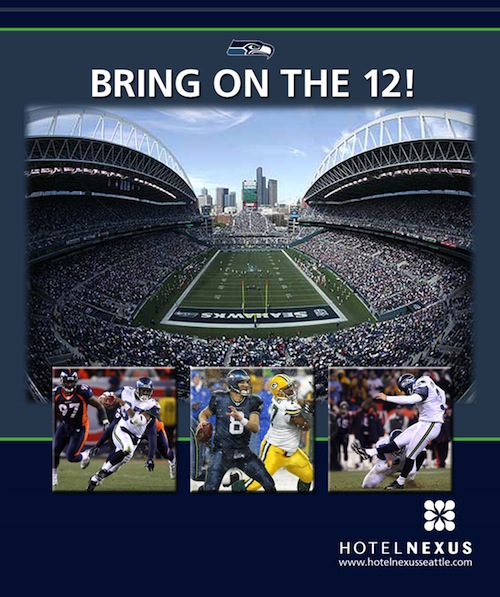 Northwest Cellars created this label for a Seattle hotel several years ago when it provided room packages for Seattle Seahawks games.

For the 12th Man label, Delf offers three wines: Adagio is a blend of Sauvignon Blanc and Chardonnay; Madrigal is a blend of Mourvèdre, Grenache and Syrah; and a Merlot that used grapes primarily from Desert Wind Vineyard on the Wahluke Slope. Delf produces the wines with Robert Smasne, a top Yakima Valley winemaker.

Northwest Cellars has a tasting room in Kirkland, and the wines also are available at Nectar Tasting Room in Spokane.

The wines can be ordered through Northwest Cellars’ website by specifying the 12th Man label when checking out. They area also available at more than 20 retail outlets in the Puget Sound region, including Metropolitan Market in Tacoma, Washington Sips in La Conner, QFC in Edmonds, Olympic Wine Shop in Poulsbo, Fred Meyer in Alderwood, Grand Vin Wine Merchants in Olympia and Snoqualmie Casino in Snoqualmie.

This is not Delf’s first Seahawks-related label. A few years ago, he worked with Hotel Nexus in Seattle to design a label for wines that would be part of room packages for home games. It featured stars from Seattle’s first trip to the Super Bowl, including quarterback Matt Hasselbeck and running back Shaun Alexander.