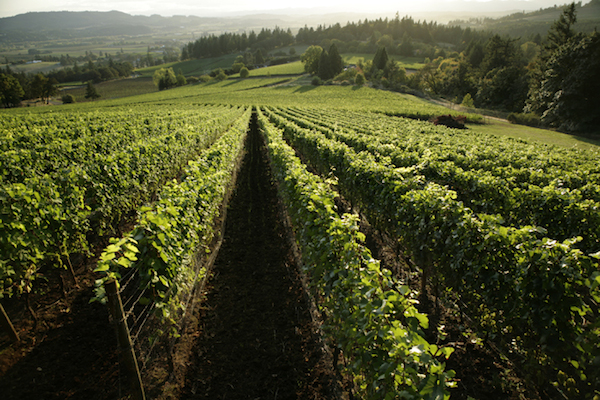 NEWBERG, Ore. — Legendary Oregon vintner David Adelsheim locked up a treasured resource for his growing Adelsheim Vineyard brand this spring by finalizing a deal to purchase Bryan Creek Vineyard, a 20-acre planting in the Chehalem Mountains.

The Oregon wine industry recently has seen a number of vineyards sold to outside companies. Monday’s announcement by Adelsheim came less than two months after another longtime Willamette Valley family-owned winery — Elk Cove Vineyard — made a similarly sized move in the Yamhill-Carlton American Viticultural Area.

“In this period of major vineyard acquisition by some very large wineries, it is a very important step for us to have the security of owning one of our best estate sites,” Adelsheim stated in a news release.

It means Adelsheim, co-founder Ginny Adelsheim and co-proprietors Jack & Lynn Loacker own about 230 acres of estate vineyards, which help them produce 40,000 cases annually.

Bryan Creek Vineyard was first planted by Adelsheim in 1989 among 59 acres owned by his neighbors Jess and Joy Howell. The winery was operating under a 30-year lease with the Howells. Jay died three years ago, and the family chose to sell the land to Adelsheim.

“We are extremely pleased to be able to acquire the ownership of this site,” Adelsheim said. “This will allow us to upgrade the current plantings and add as much as an additional 15 acres of new vineyards.”

Last fall, Adelsheim announced that it will begin selling wine in Canada and the United Kingdom, giving the brand distribution in 12 countries.

Bryan Creek Vineyard, just south of Bald Peak Road and adjacent to Adelsheim’s Quarter Mile Lane Vineyard, ranges from 680 feet to 860 feet elevation. It includes four clones of Pinot Noir and two clones each of Chardonnay, Pinot Gris and Pinot Blanc planted in volcanic soil. The later-ripening site plays a significant role in the Elizabeth’s Reserve Pinot Noir and has earned spot in Adelsheim’s extensive vineyard designate lineup since 1998. The 2011 vintage was priced at $75 retail.

“This is an incredibly important acquisition for us,” said winemaker Dave Paige. “The wines produced from this cool site have distinct mineral flavors that are unique in our estate vineyard portfolio. It has rich, deep volcanic soils that provide moisture throughout the growing season, and an excellent southern slope.”

Adelsheim Vineyard, founded in 1971, has been among the Oregon wine industry leaders in sustainable farming. It is certified LIVE (Low Input Viticulture and Enology) in both the winery and its vineyards.