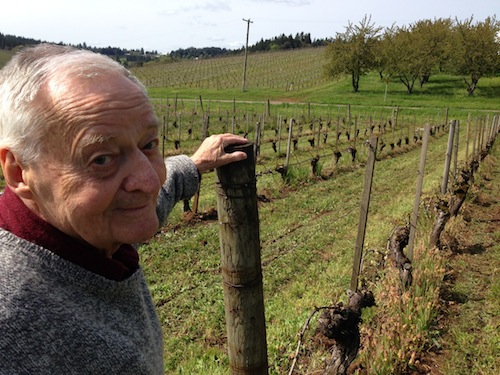 Jim Maresh planted these vines in the Dundee Hills some 45 years ago, making them among the oldest vines in Oregon wine country. (Photo by Andy Perdue/Great Northwest Wine)

DUNDEE, Ore. – It’s been 45 years since Dick Erath stopped by Jim and Loie Maresh’s place in the hills above this town to see if they might be interested in planting wine grapes.

The Mareshes knew next to nothing about wine grapes, but they were fascinated. So they began to plant Pinot Noir on their farm. Today, some of those original grapes remain, and they are among the most cherished here in the heart of Oregon wine country.

Last week, the Oregon wine industry honored the Mareshes with its Founders Award at the annual Oregon Wine Industry Awards Dinner in Portland.

Also honored were Hilda and Earl Jones, owners of Abacela in Roseburg, with the Lifetime Achievement Award, as well as Chad Vargas, vineyard manager at Adelsheim Vineyard, with the Outstanding Industry Service Award. 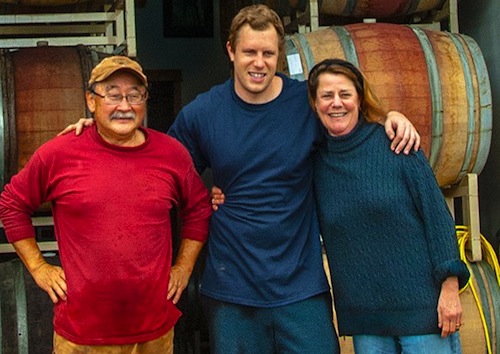 The Mareshes were looking for a lot with a good view when they came upon a farm in the Dundee Hills in 1959. But the farmer wouldn’t sell them just enough land for a home, so they purchased the entire 27-acre farm. Though they didn’t know much about farming at that point, they quickly learned. And when Erath – founder of nearby Erath Winery – stopped by their place to talk about wine grapes, they enthusiastically jumped at the opportunity.

Maresh Red Hills Vineyard, the fifth-oldest in Oregon, began to replace the orchards on the property. Today, it has expanded to 140 acres of Pinot Noir, Chardonnay, Pinot Gris, Riesling and Sauvignon Blanc.

In 1979, the Mareshes opened a tasting room in their distinctive red barn. A year later, their daughter Martha married Fred Arterberry, a rising star in Oregon winemaking. Their son Jim was born three years later. The Arterberry label gained great acclaim, including top scores in Wine Spectator and Wine Advocate, but the winery closed after Arterberry’s tragic death in 1990. A decade later, Loie Maresh passed away.

In 2005, Jim Arterberry Maresh – Fred and Martha’s son – launched his own label, called Arterberry Maresh. Now he also makes the wines for Powell Hill, owned by his mother and her husband, Steven Mikami.

Last year, Jim Maresh reopened his tasting room in that same red barn. His first customer was none other than Dick Erath.

Most days, Jim Maresh can be found where he is happiest: on his tractor working the land where he has lived since 1959. 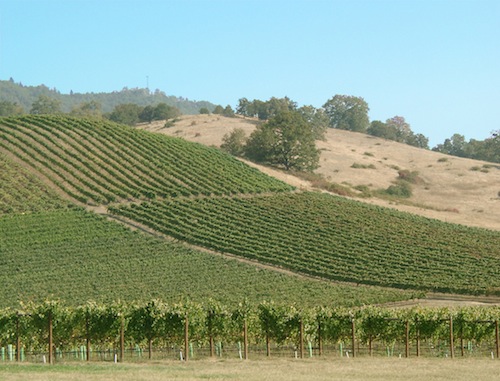 Hilda and Earl Jones came from Florida to Oregon’s Umpqua Valley because they thought it could become the perfect location in North America to grow Tempranillo. They planted their first Tempranillo vines in 1994 and made their first wine under the Abacela brand in 1997.

Since then, a veritable explosion of interest in the red Spanish grape has taken place. A recent blind tasting of Tempranillo conducted by Wine Press Northwest magazine drew more than 70 examples from Oregon, Washington and Idaho.

The Joneses subsequently began to experiment with other grape varieties, primarily from the Iberian Peninsula. They have led the charge with such varieties as Albariño, Tannat, Bastardo and Graciano.

Because Abacela now draws about 10,000 visitors a year to its off-the-beaten-path winery, the winery invested in building a beautiful 4,000-square-foot tasting room and event center, which is surrounded by 70 acres of vines. Their Vine & Wine Center was designed by their daughter, Hanna, who lives in Portland.

Andrew Wenzl, who started at Abacela in 2003 as a cellar hand, has been head winemaker since 2008. 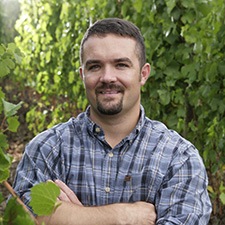 Chad Vargas joined Adelsheim Vineyard in Newberg as its vineyard manager in 2006. He earned his bachelor of science degree in crop science from the University of Idaho and his master’s in plant pathology from Texas A&M.

Vargas worked in the California wine industry on treatments for Pierce’s disease as a staff researcher at the University of California-Davis. He came to Oregon after spending two years working as a viticulturist at Kendall-Jackson.

Since arriving, Vargas has been a key player in the growing Oregon wine industry. He has served on the board of Low Input Viticulture and Enology (LIVE), which is an organization focused on sustainable vineyard and winery practices. He’s reached the role as chairman of the LIVE board.

Vargas also serves on the technical committee for the Oregon Wine Research Institute and is an active participant on the Northwest Center for Small Fruits Research. He annually travels to Washington, D.C., to lobby for research funds on its behalf.