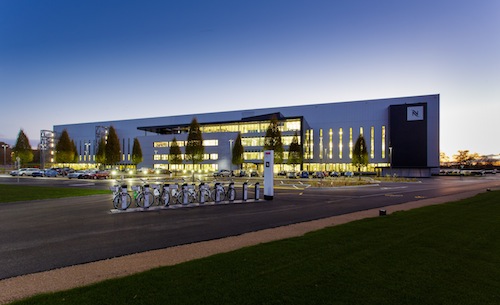 SEATTLE – Erik Liedholm is one of Washington’s leading wine experts and an experienced distiller. Now he is the Pacific Northwest’s first certified coffee sommelier.

“Having this experience adds to the litany of knowledge I have of all things wet,” Leidholm told Great Northwest Wine. “I think that in a city of deep coffee culture, it allows me to appreciate more about what our micro-roasters are doing.”

Liedholm is wine director and partner for the John Howie Restaurant Group, which includes Seastar Restaurant and Raw Bar and John Howie Steak, both in Bellevue; Adriatic Grill in Tacoma; Sport Restaurant & Bar in Seattle; and Beardslee Public House and Wildwood Spirits Co., both in Bothell.

In April, Liedholm took part in the Nespresso Coffee Sommelier certification program in Switzerland. He earned his way there by winning the Somm Slam competition last fall at the International Chef Congress in New York.

“It was a great experience,” Liedholm said. “Over the last six years, they fly out 10 somms a year to go through course work, botany lesson and sensory evaluation. You go through a lot of information.”

As a result, he feels more confident about his knowledge of coffee, a skill he will find invaluable in the coffee-crazy Pacific Northwest.

“After going through the green coffee tasting and the roasting, I was able to discern between arabica and robusta,” he said. “I have a profound appreciation for coffee now.”

Liedholm, who is working toward earning his Master Sommelier certification, pointed out that coffee is the No. 2 traded commodity in the world and 2.2 billion cups of coffee are consumed each day. What he learned from the experts at Nestle in Switzerland is pushing him to make changes at the properties he serves.

“I’m definitely going to change things with our coffee service,” he said. “We don’t serve coffee the right way. We are doing a remodel of Seastar in July, and one of the changes will be the coffee service.”

But Liedholm has no illusions about being the most knowledgeable coffee guy in Seattle.

“The die-hard coffee people would kind of scoff at it,” he said of the coffee sommelier certification. “I do feel confident in my coffee knowledge, but I could go into a top coffeehouse, and they could just destroy me with what they know.” 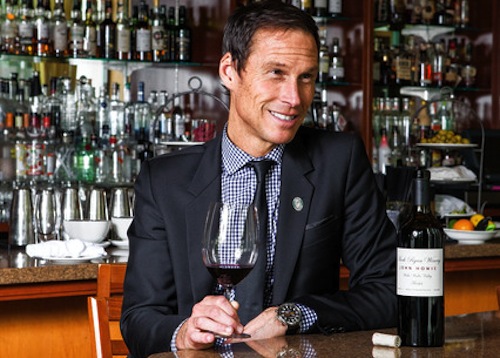 Liedholm grew up in East Lansing, Mich., and graduated from Michigan State University’s School of Hospitality Business in 1992. After college, he headed west to California, where he worked for Highland’s Inn in Carmel. After the property was acquired by Hyatt, he came to Seattle in 1999 to help open the Elliott Grand Hyatt as director of food and beverage.

In 2001, chef John Howie called him about coming to Seastar and John Howie Steak, where he is the company wine director and a partner.

In 2012, he launched Wildwood Spirits, where he uses his creativity as the distiller using primarily Washington state agricultural products. He is a certified distiller from the Institute of Brewing and Distilling in London.

Along the way, Liedholm has earned a number of honors, including 2004 Sommelier of the Year by the Washington State Wine Commission, 2006 Walter Clore Award for outstanding achievement in the wine industry, and Seattle magazine’s 2012 Sommelier of the Year. His wine lists have earned awards from such publications as Food and Wine and Wine Spectator.

“It’s been a really interesting decade and a half,” he said.