Cab is king at this year’s Celebrate Walla Walla

WALLA WALLA, Wash. – Cabernet Sauvignon is the No. 1 red wine grape in Washington. And it is – by far – the top grape in the Walla Walla Valley.

This June, the Walla Walla Valley will focus on Cabernet Sauvignon during its annual Celebrate Walla Walla event. More than 60 valley winemakers will participate in the event, along with three international guest winemakers, two Master Sommeliers and four chefs.

This is the fourth annual Celebrate Walla Walla, an event that rotates its focus between three grapes: Cabernet Sauvignon, Syrah and Merlot.

“Celebrate continues to grow into one of the country’s top wine events,” said Duane Wollmuth, executive director of the Walla Walla Valley Wine Alliance. “We’re thrilled about this year’s lineup.”

With more than 40,000 tons harvested each year, Cabernet Sauvignon is Washington’s No. 1 red wine grape, followed by Merlot and Syrah. It is grown successfully in many areas of the state, including the Walla Walla Valley, Red Mountain, the Wahluke Slope, the Horse Heaven Hills and the Yakima Valley.

In the Walla Walla Valley, the big red wine most commonly associated with Bordeaux and Napa Valley is by far No. 1. A survey last year showed that of the valley’s 2,826 acres of wine grapes, 1,036.8 acres are Cabernet Sauvignon. A distant second is Syrah at 491.7 acres and Merlot at 486.4 acres.

Overall, red wine grapes make up 95 percent of the vineyards in the Walla Walla Valley. It’s an interesting contrast to the Yakima Valley, which starts about 60 miles to the west of Walla Walla and is a similar climate.

Rick Small, owner of Woodward Canyon Winery in the Walla Walla Valley town of Lowden, Wash., said a lot of this has to do with timing.

Small said that wineries such as Leonetti, Woodward, L’Ecole No. 41, Seven Hills and Waterbrook set the agenda not only for the wineries that followed from the mid-1990s forward, but also for the grapes that were grown. 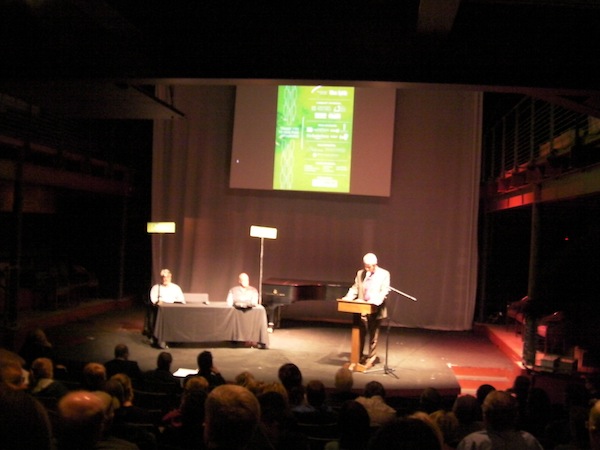 Thursday, June 16: Celebrate Walla Walla kicks off with Vintage Pour from 4:30 to 6:30 p.m. at Canoe Ridge Vineyard. Wineries from the Walla Walla Valley will pour wines from the 2009 vintage or earlier. Appetizers will be provided by chef Jake Crenshaw of Olive Marketplace and Café in downtown Walla Walla. Tickets are $75.

Friday, June 17: The day kicks off with Master Sommelier Thomas Burke and Master of Wine/Master Sommelier Doug Frost providing their insights into Cabernet Sauvignon at the Gesa Power House Theater in Walla Walla. Burke represents prestigious Bordeaux First Growth Chateau Margaux, and Frost is a wine consultant based in Kansas City. This will take place from 8:30 to 10 a.m. It is complimentary.

At the Marcus Whitman Hotel, a panel of six winemakers will taste and discuss Cabernet Sauvignon from the Walla Walla Valley, Bordeaux, Napa Valley and Chile. The panel will include:

Each will pour wines from their respective properties.

“What an amazing panel we have lined up for this year’s event,” Wollmuth said. “Participants are in for a real treat to learn about and taste Cabernet Sauvignon from such prominent wineries.”

The panel will start off with a discussion by geologist Kevin Pogue of Whitman College in Walla Walla. It will be moderated by Andy Perdue, editor and publisher of Great Northwest Wine and wine columnist for The Seattle Times. It takes place from 3 to 5 p.m. Tickets are $55.

A Cabernet Sauvignon wine tasting and dinner will take place Friday evening at Whitman College. It will include cuisine from Scott Mason of Ketchum Grill, Enoteca and Town Square Tavern in Ketchum, Idaho; Andrae Bopp of Andrae’s Kitchen in Walla Walla; and Jim Cooley of Whitman College’s Bon Appétit. Each dinner table will be led by a Walla Walla winemaker who will select the wines for that table. The dinner runs from 5:30 to 9 p.m. Tickets are $95.

Saturday, June 18: Celebrate Walla Walla wraps up with intimate winemaker dinners throughout the valley from 6 to 9 p.m. Tickets are $125.

Tickets may be purchased online at www.celebratewallawalla.com.