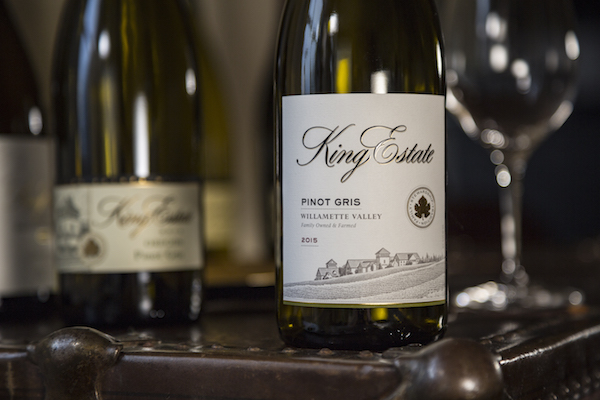 For the first time, all King Estate wines will be labeled “Willamette Valley” instead of “Oregon” because the federal government expanded the borders of the Willamette Valley to include the state’s largest winery. (Photo courtesy of King Estate)

The federal government announced late last week the expansion of the Willamette Valley, a move that puts the state’s largest winery inside of the AVA.

King Estate and Iris Vineyards now are in the Willamette Valley after it was extended slightly beyond its southern border.

Since its founding in 1991, King Estate has labeled its wine as being from Oregon. CEO Ed King said all of his King Estate wines now will qualify as being from the Willamette Valley, and his newest releases will carry the expanded AVA on the label.

“We have long promoted Oregon in general as a source of great wine,” King said. “Now we can add that our estate wines are from the Willamette Valley AVA.”

During its history, King Estate and its 465 acres of estate grapes have been in a wine version of no-man’s land, caught in a narrow strip of land that was just south of the Willamette Valley and just north of the Umpqua Valley. While the Umpqua Valley has grown considerably in its grape plantings in recent years, the expanded AVA gives King Estate a stronger identity with the Willamette Valley.

King said this is the first boundary adjustment to the Willamette Valley since its inception in 1984 – the first of Oregon’s 16 AVAs. He began working on expanding its borders in 2013 and has received only positive feedback, in particular from David Adelsheim of Adelsheim Vineyard, who was instrumental in establishing the AVA’s original borders.

The addition of the Willamette Valley means King Estate’s first label change in a decade. King said the new labels were printed a few weeks ago in anticipation of the approval from the federal government.

The Willamette Valley is one of the biggest AVAs in the Pacific Northwest, stretching from the Columbia River in the north to the Douglas County line in the south – some 120 miles. It’s also 60 miles wide, bordered by the Coast Range to the west and the Cascade Mountains to the east.

King Estate, which often tops the list of largest Oregon wineries, is distributed in all 50 states and has long been seen as an ambassador of sorts for the rest of the Oregon wine industry. Its estate vineyards have long been certified organic, and King said he’s now in the process of converting them to certified biodynamic. 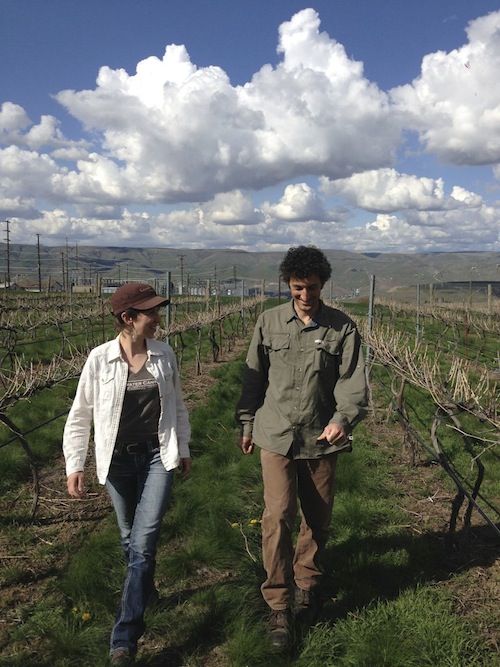 Coco and Karl Umiker, owners of Clearwater Canyon Cellars in Lewiston, Idaho, walk through their estate vineyard. They are in support of the Lewis-Clark Valley AVA. (Photo by Andy Perdue/Great Northwest Wine)

As the Willamette Valley has grown slightly, the federal government is considering the petition that would reduce the size of the Columbia Valley. The proposed Lewis-Clark Valley would surround the cities of Lewiston, Idaho, and Clarkston, Wash.

Because the federal government doesn’t want the Lewis-Clark Valley to partly overlap with the Columbia Valley, the proposal calls to shrink the 11-million-acre Columbia Valley by 57,000 acres.

It would be Washington’s 14th approved AVA – and Idaho’s third. The Lewis-Clark Valley – named for the explorers who came through the Pacific Northwest more than 200 years ago – would be 306,659 acres in size. Of this, 219,838 acres (72 percent) would be in Idaho. Three rivers – the Snake, Clearwater and Grande Ronde – flow through the valley.

It would be Washington’s fourth bi-state AVA, joining the Columbia and Walla Walla valleys and the Columbia Gorge – all of which are shared with Oregon.

It was widely expected that the Lewis-Clark Valley would already be approved, but it was reopened for public commenting last fall because the Columbia Valley would be reduced in size. Coco Umiker, co-owner and winemaker for Clearwater Canyon Cellars in Lewiston, said she expects it to now be given the federal nod of approval by mid-year.

Wade Wolfe, owner of Thurston Wolfe Winery in Prosser, Wash., co-authored the Columbia Valley AVA with Walter Clore. It was approved in 1984, the same year as the Willamette Valley. Wolfe said he has no concerns about the borders being changed.

“When we did the Columbia Valley, (the federal government) seemed to emphasize river drainages as the logical basis for drawing boundaries,” he said. “That was the criteria. As we’ve gotten into smaller AVAs, there’s different criteria for those boundaries. They seem to be using elevation and the relationship to geology and soils that are formed within the area. Ultimately, I’m a pragmatist. I think it’s totally reasonable to make those kinds of modifications.”

Boundary changes are not unusual. In 2001, the federal government approved an expansion of the Walla Walla Valley and, at the same time, an extension of the Columbia Valley. Both were minor adjustments, just as the changes to the Willamette Valley are this year.