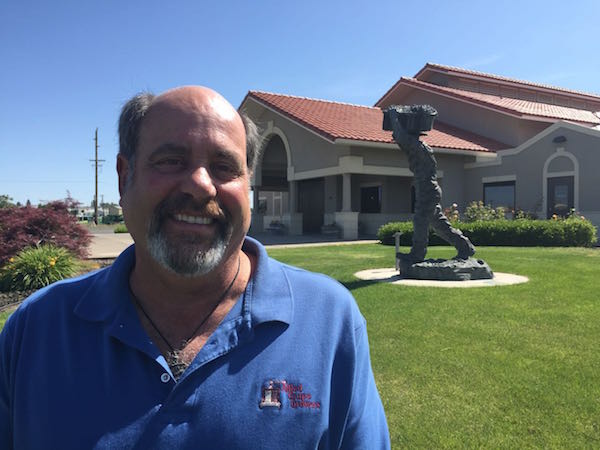 WALLA WALLA, Wash. – As much as he wishes this gig could go on for a few more years, this is the last week that Jeff Popick will be the viticulture instructor at Walla Walla Community College.

Popick, a longtime California grape grower and winemaker, arrived in Walla Walla six years ago and leaves today with one disappointment: that he didn’t start sooner.

“My biggest regret is that I’m 64 years old and it’s time for me to make way for some younger blood,” Popick told Great Northwest Wine. “I wish I had gotten involved in this a few years before I did because I could have enjoyed a longer run here.”

Tim Donahue, who teaches winemaking at the college, arrived just a few months before Popick, and the two have been a dynamic team ever since.

“It’s been an absolute blast,” Donahue said. “We’re sort of in awe of what each other does. I think there’s an amazing thing about that when you are working with somebody that you’re so respectful of.”

Popick’s retirement becomes official July 31 – this Sunday – and then he’ll be moving to Tennessee with his girlfriend, where they will help her mother.

“She was kind enough to move up here with me from St. Helena (Calif.), so I figured the least I can do for her is go back there and lend whatever hand I can with her.”

The area has a burgeoning wine industry, but Popick has no illusions about becoming too involved.

“In the short term, I want to do some fishing,” he said.

From California to Walla Walla Valley 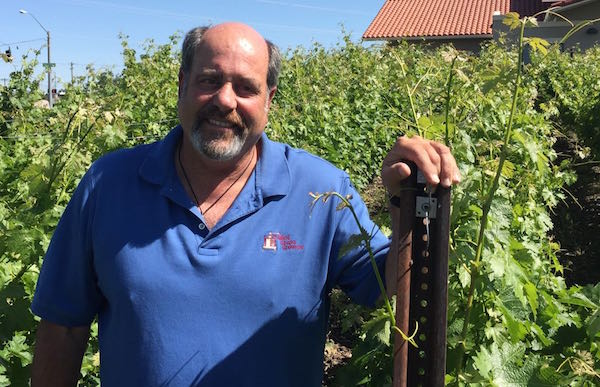 For the past six years, Jeff Popick has taught Walla Walla Community College students how to work with grapevines. (Photo by Andy Perdue/Great Northwest Wine)

Popick grew up in Baltimore and went to college at the University of Arizona. This is where he learned to love wine, thanks to earning a master’s degree in French.

“The French professors at the University of Arizona were big wine drinkers, and I ended up being exposed to wine that way,” he said.

Popick prefers the wide-open spaces of vineyards to the sometimes cramped environment of a cellar, which helped him make a decision on the area of winemaking that he wanted to work.

“The outdoors has always appealed to me,” he said. “Not that I don’t have tremendous respect for those who perform the indoors part of this equation, but for me personally, it was about being outdoors and getting something to grow and then having it turned into some marvelous, magical product.”

In 1995, Popick and two business partners launched Chameleon Cellars, a small Napa Valley winery based in St. Helena. Popick was the winemaker, and after a dozen years, he grew weary.

“Making wine is the fun and not-so-difficult part,” he said. “The not-so-fun part is schlepping it around on the street and trying to get people interested in a small winery. I had a good time doing it, but ultimately, it got to be more trouble than it was worth. Making and drinking wine is where it’s at. Anybody who has to sell wine for a living has my sympathy.”

Popick continued to work for Allied Grape Growers, then spent a year as a viticulturist at Sonoma-Cutrer before he saw an ad for a teaching job in Walla Walla.

Stranger in a strange land 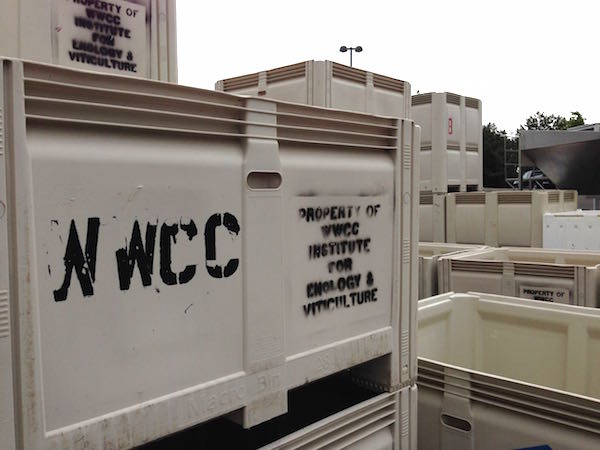 By December 2010, Popick was in Walla Walla, teaching at the community college program started by Myles Anderson of Walla Walla Vintners. Just three years earlier, Stan Clarke had died. Clarke, a legend in the Yakima Valley wine scene going back to the 1970s, had spent a few years teaching at the college alongside Anderson.

The memory of Clarke remained strong by the time Popick arrived.

“Everyone still speaks glowingly of Stan,” Popick said. “I regret not being able to meet him.”

Popick arrived in Walla Walla just a couple of weeks after a crippling freeze struck the entire Columbia Valley just before Thanksgiving. In his three decades working in the California wine industry, Popick had never seen anything like it.

“The Columbia Valley was devastated, and the Walla Walla Valley got hammered,” he said. “When I came up here, one of the first things I said to the first class I ever taught in January 2011 was a question: ‘Why the hell are you guys doing this up here?’ It seemed like a fool’s errand, especially after I heard this was something that has a way of repeating itself with some regularity.”

Winter kill events occur every five to eight years in Washington. Typically, temperatures will warm into the 50s or 60s, then suddenly plummet to zero or below. The result can be demoralizing. In recent history, winter events have taken place in 1992, 1996, 2004, 2010 and 2014.

“Down in California, that kind of thing is unheard of,” Popick said. “The coldest temperature I ever saw in Napa in 30-plus years was 13 degrees.”

He also found a region that used ungrafted vines, that is vines that are growing on their own root system. In Europe, California and Oregon, wine grape vines are grafted to root systems that are resistant to phylloxera, a root louse that can destroy vineyards. Phylloxera is all but nonexistent in Washington, thanks to sandy soils and cold winters.

In the years when a bad winter might kill everything above the soil, a grape grower might need to cut the vines back to the ground, then train them back up from the roots. This causes a grower to miss one season, but then the vine is back in business.

“It is somewhat miraculous that we can do this,” he said. “The whole thing was completely foreign to me.” 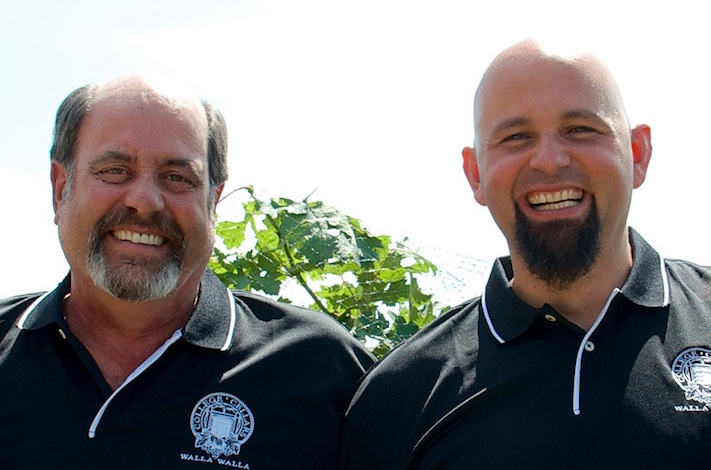 It didn’t take long for Popick to appreciate his new home. He loved the wide-open spaces and the congenial nature of the wine industry. He quickly realized that he had landed in a region that was unlike the hyper-competitive California wine industry.

And he had the opportunity to guide the next generation.

The other side of the dynamic duo is Donahue, who arrived just months prior to Popick.

“I’ve never worked with somebody who we philosophically agree about so many things,” Donahue said.

Together, the two have continued to build the reputation not only of the program, but also College Cellars, the working commercial winery that operates at the school. Popick is quick to joke that the college will need to build a new wing just to hold all the medals and awards that College Cellars earns.

His approach with students has always been hands on, as he wants them to learn what the real world will hold. Fortunately, he said, grapevines are quite forgiving.

“So many of the students are scared when it comes to pruning time because most of them have never had that power in their hands. They’re petrified that they’re going to do something wrong. Fortunately, it’s almost impossible to kill a grapevine unless you just wrench it out of the ground. Grapevines are famous for living through all sorts of rude assaults.”

As Popick packs his boxes and prepares to move across the country, he holds fond memories of the past six years.

“This really was the best job I ever had,” he said. “I’m just sorry it came at the end of my working life.”