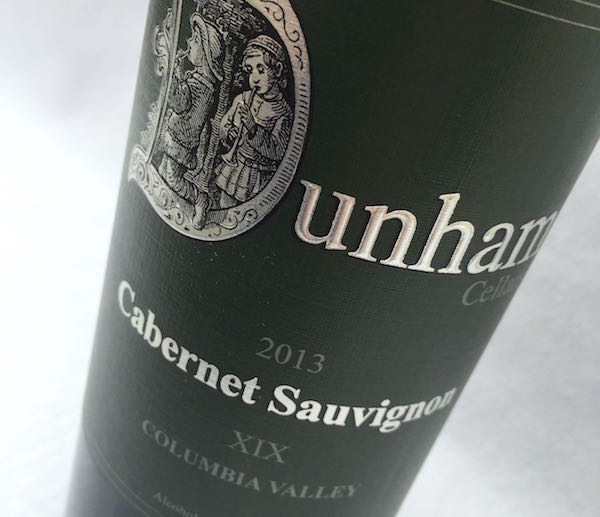 HOOD RIVER, Ore. – Dunham Cellars added a page to its history of award-winning winemaking Thursday when the 2013 Cabernet Sauvignon XIX from the Walla Walla winery was selected as best of show at the fourth annual Great Northwest Invitational.

The judging, held at the historic Columbia Gorge Hotel, began Wednesday and concluded Thursday afternoon. The Invite, as it’s known, is unique in the United States, as it is the only wine judging in the country in which the judges nominate the wines they want to have judged.

“This is freaking awesome news,” said Dunham general manager John Blair. “It’s always exciting to get great accolades right when you release a wine, so it’s nice to start off with a bang.”

A panel of wine professionals from up and down the West Coast nominated more than 2,000 wines. Of those, 568 wines were entered by the wineries – a record for this competition.

For Dunham, the event’s top wine represents the 19th vintage and continues the rich tradition established by the winery’s late founders, Mike and Eric Dunham. The $45 Cab is also another sign of the delicious lineup by left behind by Daniel Wamplfer. He resigned last year from Dunham, one of the Walla Walla’s oldest wineries, to take over at nearby cult producer Abeja.

“It’s a special wine for Dan and his legacy, and it’s also a testament to our grower Ken Hart, who’s been doing such a great job for us for years,” Blair said.

Hart manages the two estate sites that were the primary contributors – Lewis Vineyard in the Yakima Valley and young Kenny Hill. This best-of-show Cab reflects just the second commercial vintage off the 1,450-feet elevation site near Mill Creek in the Walla Walla Valley. Other vineyard sources include acclaimed Double Canyon in the Horse Heaven Hills, Northridge on the Wahluke Slope and Tokar in the Walla Walla Valley.

“It’s really the Kenny Hill and Lewis Vineyard show for the most part, but we always tell people that a lot of the Cab from those sites goes into every bottle of our Trutina and Three-Legged Red – our more user-friendly priced wines,” Blair said.

Dunham’s program continues to merit acclaim as one of Washington’s top Cabs. Last year, the 2011 Cabernet Sauvignon XVII earned a gold medal at the Great Northwest Wine Competition and was selected in a blind judging by Seattle sommeliers to be featured at the 2015 U.S. Open by the Washington State Wine Commission.

“Our production is pretty steady for the Cab, right around 2,200 cases,” Blair said. “And even though Dan is not here, our assistant winemaker Robert Campisi and cellarmaster Bryce Buslach are all still at Dunham, and they will be proud of this award, too.”

Earlier in the year, Dunham Cellars earned best of show honors at the 2016 Walla Walla Valley Wine Competition for its 2013 Syrah from the Columbia Valley.

The 2016 harvest marks Tyler Tennyson’s first as the Dunham head winemaker. “One of the reasons we hired Tyler is that it was apparent to us during the interview process that he was clearly ready to take that next step,” Blair said. “He’s got the background to do it, and he’s a pretty cool cucumber.”

Blair said the 2013 Cabernet Sauvignon XIX is immediately available via the winery’s website and to wine club members. Wine merchants and restaurants in the Seattle and Portland markets are focal points for Dunham, which also is expanding its California distribution.

Gehringer Brothers Estate Winery in British Columbia’s Okanagan Valley dominated the Invite and nearly won best of show at the competition for the second straight year. Its 2015 Gewürztraminer/Schonburger was selected the best white wine, and the 2015 Signature Riesling Icewine earned the title as best dessert. The 2015 Dry Rock Unoaked Chardonnay merited best of class, and the Gehringer Brothers 2015 Classic Riesling was chosen as the top Riesling at the event.

Chateau Ste. Michelle, the world’s largest producer of Riesling, also proved that it’s among the best as five of its entries picked up at least a gold medal.

Reininger Winery, which started at the Walla Walla Regional Airport two years prior to Dunham Cellars, earned best of class for both its Syrah and Carménère.

This year’s nominating judges include:

Here are the complete results from the 2016 Great Northwest Invitational Wine Competition: