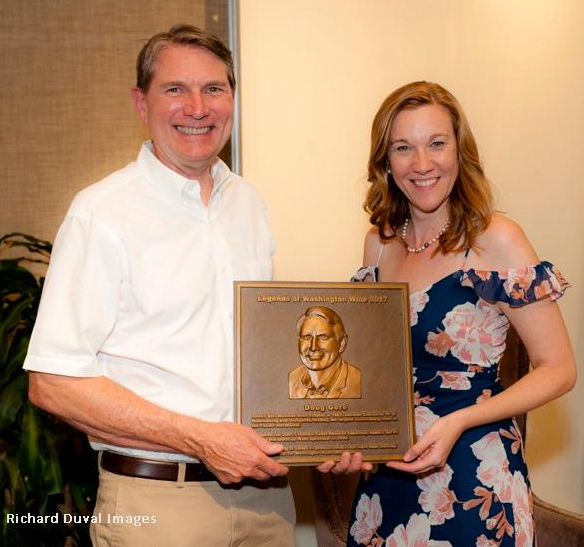 Doug Gore receives his plaque as a new inductee of the Washington Wine Hall of Fame from Abbey Cameron, executive director of the Walter Clore Wine & Culinary Center in Prosser. (Photo by Richard Duval Images)

PROSSER, Wash. – Friends of storied winemaker Doug Gore came out to support his induction into the Washington Wine Hall of Fame, and they helped raise a record $105,000 for the Walter Clore Wine and Culinary Center in Prosser.

More than 300 guests cheered as Gore, vice president of winemaking for Ste. Michelle Wine Estates, became the 16th member of the state’s Wine Hall of Fame. Money generated through the Aug. 11 celebration will help fund the Clore Center’s programs and services that promote the Washington wine industry.

Gore’s winemaking prompted Wine Press Northwest magazine in 2002 to name Columbia Crest as its inaugural Pacific Northwest Winery of the Year award recipient. That year also marked the debut vintage of the Paterson giant’s prized Walter Clore Private Reserve Red Wine. A few prized bottles of that 1999 vintage carry the signatures of both Gore and Clore, who participated in the official release of that wine.

Clore, namesake of the showcase of Washington wines in his hometown of Prosser, died Feb. 3, 2003. The Clore Center opened its public tasting room in 2014.

“There are a lot of legends in the Washington wine industry, but it was Walter Clore who first dreamed it was possible,” Gore said at the time. “The modern-day legends are a validation that he was right.” 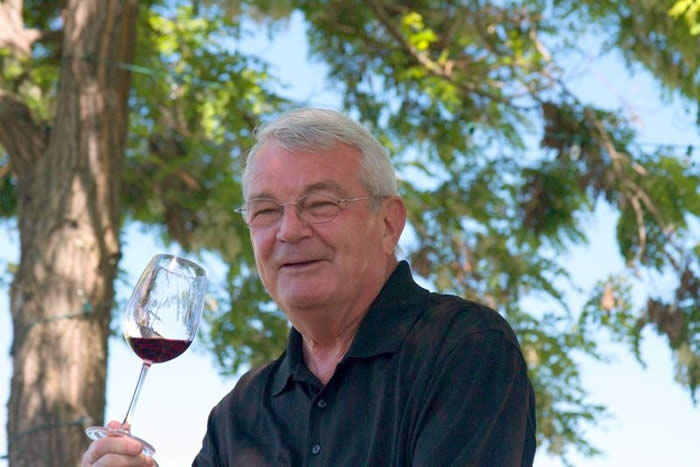 A product of San Jose, Calif., Gore studied at Cal Poly San Luis Obispo and worked to Beringer Winery before moving in 1982 to Washington, hired by Kay Simon — now of Chinook Wines fame – as a red winemaker for Chateau Ste. Michelle. By the time River Ridge Winery in Paterson was rebranded as Columbia Crest, Gore was in charge. His work there has been credited with the rise of Merlot that helped Washington stand out in the wine market.

This month’s induction prompted memories of the national advertising campaign that Ste. Michelle and Columbia Crest built around Gore, one that featured him in an Indiana Joneseque hat set in the town of Paterson.

“Let’s just say I didn’t come all the way from California for the night life,” the ad read. 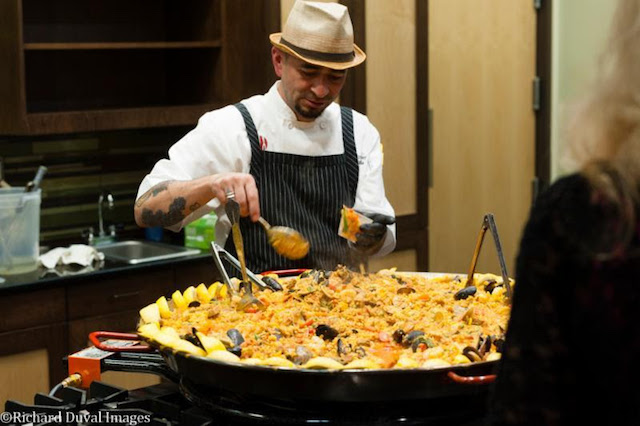 Wine country chef Frank Magaña puts the finishing touches on his acclaimed paella as part of the Washington Wine Hall of Fame Gala in Prosser. (Photo by Richard Duval Images)

Prior to the start of the 2003 harvest, Gore began to oversee all the winemaking for Ste. Michelle Wine Estates. Under his direction, the Columbia Crest 2005 Reserve Cabernet Sauvignon earned the top wine in the world on the Wine Spectator top 100 list in 2009.

Gore returned to the winemaking lineup in 2010 with the successful launch of the Seven Falls Winery.

Nominations for the Legends of Washington Wine Hall of Fame will open later this year. The 12th Annual Legends Gala is scheduled for Friday, Aug. 10, 2018.