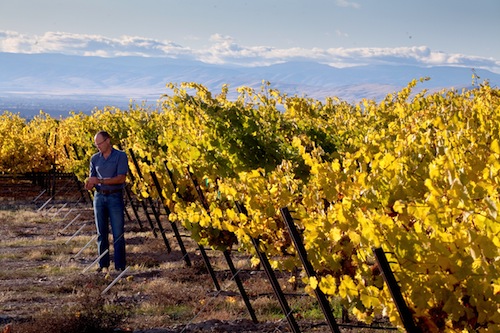 WOODINVILLE, Wash. – Already the world’s largest producer of Riesling, Chateau Ste. Michelle stepped up its game in 2012 to craft more Riesling than ever.

Here’s how Chateau Ste. Michelle’s Riesling breaks down in 2012:

That’s 1,223,600 cases of Riesling. And this does not include 70,000 cases just released under the nationally distributed Anew Riesling or anything from Snoqualmie Vineyards or Columbia Crest, which last year combined for another 100,000-plus cases of wine.

While it’s a huge amount of wine – and the most Riesling that Chateau Ste. Michelle has ever made – it wasn’t actually a giant increase from 2011, when the team of Bertheau and white winemaker Wendy Stuckey produced 1.16 million cases. 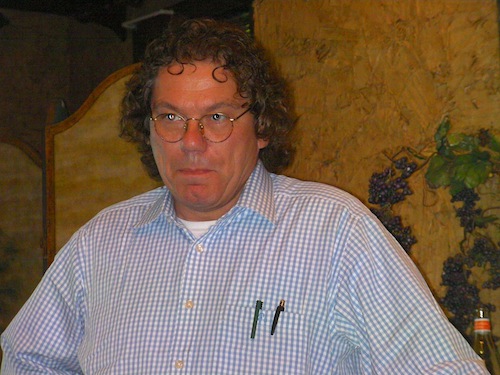 Ste. Michelle generally is recognized as the single largest producer of Riesling in the world. Bertheau said his research shows that no other single winery anywhere – including in Germany – makes more Riesling. Bertheau said there are facilities in Germany that do make more Riesling, just not for one brand. Ernst Loosen, the famed Mosel winemaker who collaborates with Ste. Michelle on Eroica, confirms it.

But being biggest doesn’t satisfy the Ste. Michelle team. Being big and great does. And by most measures, Bertheau and Co. are managing that.

Stuart Pigott, a British wine author, is generally regarded as the world’s leading authority on Riesling – he even moved to Germany in the early 1990s to be closer to the noble grape.

“Washington’s greatest achievement at the moment is to have some big Riesling brands at high quality and great prices,” Pigott told Great Northwest Wine. “Chateau Ste. Michelle is in another league.”

Pigott cited the 2010 Riesling Rendezvous as evidence. In a session of 300 Riesling enthusiasts and experts, a blind tasting of dry Rieslings was conducted, and the general consensus was that the best was Ste. Michelle’s dry Riesling.

“There was a gasp around the room,” he said. “And by the way, it’s $9.99. All the European winemakers fell off their chairs. They couldn’t believe it. It was an amazing moment.”

Dan Berger, a California wine writer and unabashed Riesling fanatic who helped found the International Riesling Foundation a few years ago, is bullish on Washington Riesling – and thankful that Chateau Ste. Michelle is carrying that message to the world.

He acknowledged that Germany makes the world’s greatest Riesling, but he said Washington could well be No. 2.

“You could make a strong case for the Columbia Valley being one of the world’s premier Riesling growing regions because the terroir is transparent and the grape variety produces truly great wines – and part of this is seen in results in wine competitions, where Washington Rieslings hold their own against Rieslings anywhere,” Berger said.

All of this success is a stunning achievement for a region that has gotten serious about Riesling in only the past dozen years – and perhaps purely by accident.

Ste. Michelle Wine Estates CEO Ted Baseler said the idea of Eroica – a joint project between Ste. Michelle and Loosen – was a bit of a longshot. Back in 1999, nobody was sure that American wine drinkers were ready for a $20 Riesling from Washington – even if it had a German’s name attached to it.

“Bob Betz had lunch with Ernie Loosen,” Baseler told Great Northwest Wine. “Ernie talked with such enthusiasm about the vineyards of Washington. We thought it would be a nice project. We didn’t envision it as some kind of massive turnaround in the Riesling category.”

Yet that’s exactly what happened. In 2001, Washington crushed 10,600 tons of Riesling, a small amount compared with Chardonnay that year. Today, it is more than three times that much. Last year, the state crushed 36,700 tons, enough to make 2.3 million cases of 100 percent Riesling (a Washington wine legally has to be only 75 percent of the grape on the label). 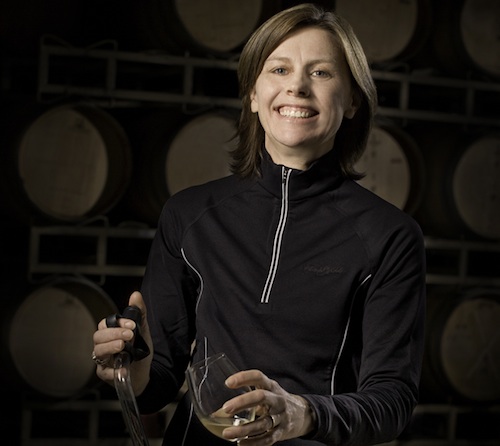 Once Ste. Michelle got serious about being on the global Riesling stage, it went out and hired one of the New World’s top Riesling winemakers. In 2007, Wendy Stuckey was recruited from Wolf Blass in her native Australia.

All of this is occurring when Riesling as a wine category is hurting in sales. But that doesn’t seem to be slowing Ste. Michelle. Bertheau said that while his Riesling sales are not up double-digits like they were a few years ago, they are still ahead year over year.

“It’s a slight anomaly,” he said. “We are up when the category is down. We’re finding the consumer is reluctant to give up its Ste. Michelle Riesling.”

Challenges of making so much Riesling 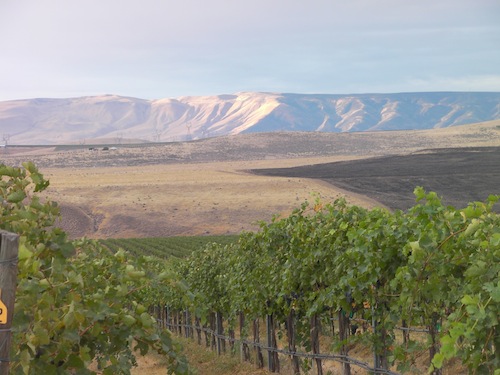 Cold Creek Vineyard is an estate vineyard for Chateau Ste. Michelle and an important part of its Riesling program. (Photo by Andy Perdue/Great Northwest Wine)

Crafting so much Riesling is a challenge, Bertheau admitted. Harvest last year began at Indian Wells Vineyard on the warm western Wahluke Slope around Sept. 15, followed closely by Cold Creek Vineyard, which is north of the Yakima Valley. Then he moved into cooler sites in the Yakima Valley and Ancient Lakes of Columbia Valley, as well as tiny amounts from Lake Chelan. The last Riesling picked was at Evergreen Vineyard in the Ancient Lakes or Viewcrest in the Yakima Valley – just before Halloween. Even with the extended hang time, sugar levels never climbed above 22 brix, he said.

After harvest, Loosen comes over from Germany to taste through 100 or so different lots to determine the Eroica blend. In many years, Evergreen Vineyard grapes make up a large chunk of the blend, but Bertheau said fruit from Lake Chelan as well as Lawrence Vineyard on the Royal Slope also often make the grade.

As soon as Eroica is decided and Loosen goes home, the first order of business is the dry Riesling.

“It’s an interesting story because it has developed its own following,” Bertheau said. “Some people don’t want perceived sweetness. It’s a natural progression for a certain segment of consumer. Riesling can be an amazing wine dry to sweet. It’s a personal preference.”

In the grand scheme of Chateau Ste. Michelle, the dry Riesling constitutes less than 10 percent of all its Riesling. But it’s an important niche.

“It’s my wife’s favorite wine, so it’s an important wine to blend,” Bertheau said with a chuckle.

He said Loosen is happy with and proud of Ste. Michelle’s achievements in the past 13 vintages since Eroica was launched. He pointed out that Washington’s success has been good for German Rieslings, too.

“It helps him sell his Loosen wines,” he said.

Creating a consistent blend for the massive production of Columbia Valley Riesling is another challenge, Bertheau said.

Instead, the Ste. Michelle team puts together a group of about 10 base blends and one master blend. Bottling the Columbia Valley Riesling starts in February and takes about five months. Bertheau’s goal is consistency.

“We’re always checking each bottling run and each master blend for uniformity,” he said. “That’s essential to our success. The first bottle should be very close to the last bottle.”