GOLDENDALE, Wash. – Maryhill Winery owner Craig Leuthold has never been one to sit still, and now he has a new lineup of vineyard-designated wines that not only allow his Columbia Gorge winery to showcase a new reserve tasting room, but also some of his favorite vineyards.

Late last year, Leuthold and his winemaker, Richard Batchelor, released a group of wines they call “The Vineyards” – small-lot vineyard-designated wines that are available primarily to wine club members.

“The biggest driving force was the introduction of our Reserve Room,” Leuthold told Great Northwest Wine. “We really wanted the iconic appellations of Washington represented in that room and the vineyards we think express those appellations.”

Here are the wines. Click to read our reviews:

Most of the new wines were made in lots of 300 cases or less, and they were crafted to not only showcase the vineyards, but also winemaker Batchelor’s skills. The 2010 vintage was just his second since arriving from California.

“There is no doubt I have a lot of trust in Richard,” Leuthold said. “He brought a lot to our cellar.”

Batchelor who moved to California from his native New Zealand in 2000, has brought stability to Maryhill, which went through a three winemakers over the course of a few vintages as the Leutholds tried to find someone with the skills to improve quality and quantity at the same time. Today, Maryhill makes about 80,000 cases of wine.

In future releases, Batchelor will add Red Mountain to his mix, as he brought in grapes from Kiona and Klipsun vineyards. And he will increase his number of Horse Heaven Hills offerings with fruit from McKinley Springs.

Leuthold said that while not all Washington appellations are represented, he pointed out that his Gewürztraminer is from Celilo Vineyard in the Columbia Gorge, though it is not labeled as a vineyard-designated wine. 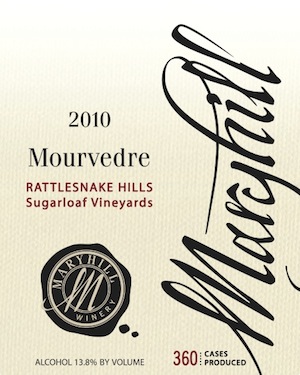 Last year, Leuthold built the Reserve Room adjacent to his tasting room. The Reserve Room is open only to his 1,000-plus wine club members – as are the vineyard-designated wines. He said this allows him to pour a few more wines for his top customers and helps keep them in the wine club.

“We’ve had so many positive comments about them,” Leuthold said. “They love having the exclusivity. It’s really fun to showcase the vineyards of Washington.”

Customers who are not wine club members are allowed into the Reserve Room for a tasting for a $20 fee, refundable upon purchase.