SeVein is a 2,700-acre vineyard development in the southern Walla Walla Valley near Milton-Freewater, Ore. Betz Family Winery in Woodinville, Wash., has purchased land to plant its first estate vineyard there. (Photo courtesy of SeVein)

WOODINVILLE, Wash. – One of Washington’s most storied wineries is planting its first estate vineyard – and it will be in the southern Walla Walla Valley.

Betz Family Winery, launched in 1997 by Master of Wine Bob Betz, has purchased land in SeVein, a young vineyard region near Milton-Freewater, Ore., that already is producing grapes for some of the world’s finest red wines.

“It’s the next logical step for Betz Family Winery,” said Steve Griessel, who purchased the winery with his wife, Bridgit, from Bob and Cathy Betz in 2011. “It’s the natural progression that Bob and Cathy had in their minds.”

Bob Betz got into the wine industry when he took a job with Chateau Ste. Michelle in January 1976. He and his wife launched Betz Family Winery in 1997 in a Woodinville warehouse. After retiring from Ste. Michelle in 2003, he focused all of his attention on the winery, ultimately building a winemaking facility near Chateau Ste. Michelle. Betz remains the head winemaker for his namesake winery and will continue to serve in that role for at least the next two years.

Betz told Great Northwest Wine that he and Cathy made a conscious decision in their early days to focus on building a winery for Betz Family Winery rather than planting a vineyard.

“We saw that for what we needed to do, investing our nest egg into a winery was the best thing for us,” he said. “I have enormous respect for everyone who is growing grapes for us. They are terrific growers and will continue to be for us.”

Betz added that the Griessels are in a position to take the next step forward, and SeVein is the perfect situation for them.

About a year ago, Griessel attended a now-famous Red Mountain land auction with the intent of purchasing a parcel for his first estate vineyard. He and at least 17 other participants were aced out when the owners of the Vancouver Canucks hockey club purchased all 670 acres being auctioned – much to Griessel’s chagrin.

“We’ve mapped out only three places where we would love to own vineyards,” Griessel said. “We were disappointed with what happened on Red Mountain, but we continued to look at options there. We want to do something only if we can get a site that has the ability to be a world-class site. We want to own a vineyard if we are able to take things to the next level.” 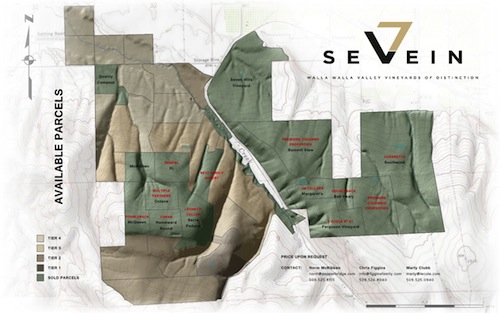 The green areas of this map show the land purchased at SeVein. Betz Family Winery’s vineyard will be in the middle, just to the left of the creek going through the middle. (Image courtesy of SeVein)

One of those three areas where Griessel wanted to go is the Walla Walla Valley, and his gaze quickly focused on SeVein, a partnership that has some of the biggest and most successful names in the Washington wine industry, including Marty Clubb (L’Ecole No. 41), Chris and Gary Figgins (Leonetti Cellar) and Norm McKibben (Pepper Bridge Winery).

JM Cellars in Woodinville also has planted a vineyard at SeVein, as have Va Piano Vineyards, Tendril Wine Cellars, Caprio Cellars and Gramercy Cellars. And Premiere Columbia Properties, which owns Pepper Bridge Vineyard and is part of Westchester Agricultural Management, has a significant share of SeVein.

When all 1,800 acres of plantable land are completed, SeVein will effectively double the amount of vineyard land in the Walla Walla Valley. Clubb said about 700 acres of land remain available for sale.

Seven Hills Vineyard – perhaps the most famous vineyard in Oregon – also is part of SeVein, adding that much more prestige to the project.

Clubb began planting Ferguson Vineyard – named to honor his in-laws and the winery’s founders, Baker and Jean Ferguson – in 2008. This year, his first vineyard-designated Bordeaux-style blend was released.

In June, that wine – the 2011 Ferguson Vineyard – won the prestigious Decanter World Wine Award for best Bordeaux-style wine in the world. Coincidentally, Bob Betz was a judge at the competition and unknowingly voted for that wine.

“We were delighted (with the L’Ecole award),” Griessel said. “We had already signed the agreement by then, but that busted the myth that only vineyards that are older can win awards like that. It’s amazing the quality that can be achieved with such young vines.”

Betz Family Winery planting to be in 2016 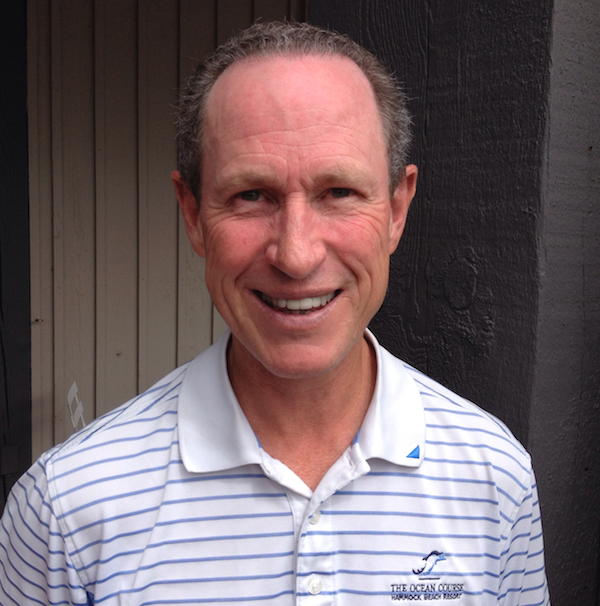 Clubb owns 42 acres at SeVein and has planted 18 acres so far. The Betz vineyard will be about 12 acres when it is planted. That will produce enough grapes to make about 2,000 cases of wine.

To prepare for what to expect, Griessel and Betz have tasted through as many bottle and barrel samples of other SeVein wines as they could from L’Ecole, Leonetti and others from the 2011, 2012 and 2013 vintages.

“The quality and character are exceptional,” Griessel said. “The quality has come through to us. Everybody has been so kind to let us taste samples from different barrels and different clones and to share information. That’s a big benefit that we’re able to utilize that knowledge.”

Clubb said that insight gave the Betz team a solid snapshot of what to expect.

“They have a really good picture of what the combined hillside is doing,” Clubb said.

Based on what they tasted as well as the assistance they received from Leonetti’s Chris Figgins, Griessel and Betz plan to plant 75 percent of the vineyard to four clones of Cabernet Sauvignon, with the balance being Merlot and Petit Verdot.

“We love the site for Bordeaux varieties,” Griessel said.

Betz said his study of the SeVein property and the wines now being produced reveal to him that the area has a sense of place that is much different than Red Mountain, the Horse Heaven Hills and the Yakima Valley.

“Walla Walla is totally different,” Betz said. “It will be fun to add it to the Betz Family portfolio.”

Griessel will plant his grapes in 2016. He would do it earlier, but ironically, the Aquillini family has inadvertently blocked his path again. Because the British Columbia group is planting so much of its new land on Red Mountain, it has purchased all available plant material in Washington.

“We’re happy to take our time,” Griessel said. “The vineyard is 100 percent designed, and we’ve ordered the plants. Between now and 2016, we’ll spend time planting summer and winter crops to supplement the soil.”

Clubb said he plans to expand his plantings at the same time, and he and Griessel will share resources.

Unlike many areas of the Columbia Valley, SeVein has no issues with water. The region has its own water district and has spent $11 million in infrastructure and technology. Clubb said SeVein’s well can bring up 5,000 gallons per minute – far more than it likely will ever need.

Clubb said that adding Betz Family Winery to the SeVein family is good for all involved. 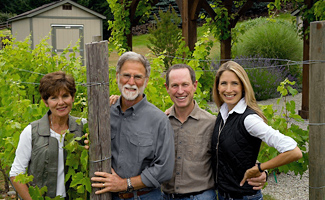 With planting at least 16 months away, it is far too early to know what the new Betz Family Winery vineyard will provide in terms of quality – especially considering the first grapes won’t be harvested until at least 2018. But Griessel and Betz are salivating at what the future could hold.

“SeVein is so unique and such a different character, the vision would be to create an estate bottling,” Griessel said.

And Griessel is moving forward on the new vineyard now – before Betz retires.

“Bob is going to be with us for the foreseeable future,” Griessel said. “We’re planting a vineyard while he’s still with the winery. He’s been so important to us.”

During the early years of the winery, Betz Family Winery brought in grapes from Pepper Bridge Vineyard in the Walla Walla Valley, but the logistics of traveling that much farther from Woodinville became difficult, and Betz eventually focused his efforts on the Yakima Valley, Horse Heaven Hills, Red Mountain and Snipes Mountain.

Griessel emphasized that the vineyard development is a way to increase quality, not to necessarily grow its production.

“We’re not doing this because we’re suddenly expanding,” he said. “We’re being guided by the same principles Bob had when he started the winery. We’re not now going to be a big, huge winery because we’re planting vineyards.”

Griessel said his vision is to establish more estate vineyards, and Red Mountain remains a possibility – if the opportunity arises.

“We’re still looking at other options in addition to this,” he said. “We have to be patient. This started in a warehouse, and when Bob and Cathy knew things were working, they built the winery. The third step is to take quality to the next level. This is the 50-year view of things.”