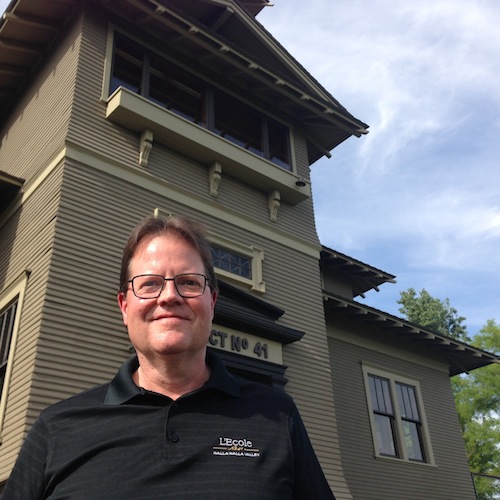 Marty Clubb, owner and director of winemaking for L’Ecole No. 41, stands in front of the century-old schoolhouse that has served as his winery since 1983. (Photo by Andy Perdue/Great Northwest Wine)

LOWDEN, Wash. – The old schoolhouse has seen a lot happen during its first century, while at the same time emerging as one of the iconic buildings in the Washington wine industry.

The Lowden Schoolhouse, now home to L’Ecole No. 41, turns 100 this August. Along with Chateau Ste. Michelle in Woodinville and the stone chapel at Red Willow Vineyard in the western Yakima Valley, the Lowden Schoolhouse is one of three Washington wine-related structures that is immediately recognizable.

We recently sat down with Marty Clubb, owner and director of winemaking for L’Ecole No. 41, to chat about the history of this building and some of his projects. Here’s the interview:

60 years as a schoolhouse 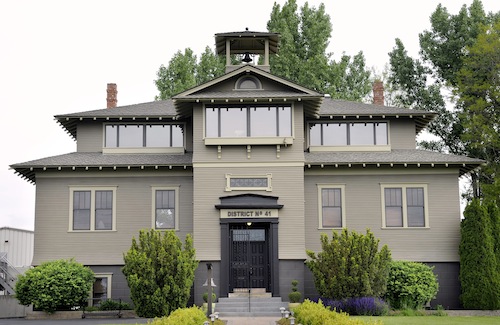 Barely 20 years after Meriwether Lewis and William Clark came through the Walla Walla Valley, the community of Frenchtown was established by French-Canadian trappers and fur traders.

“The French-Canadian settlers began to settle and marry in with the local Walla Walla Indians,” Clubb told Great Northwest Wine. “They settled along the Walla Walla River.”

The first Frenchtown school was a small log cabin built around 1860, then about 1900, a new school was built on the site of the current winery. In August 1915, the current schoolhouse was built, and the community was renamed Lowden after Francis Lowden, a local farmer. It was in the Walla Walla Walla School District, which is District No. 41. Thus, when the winery was later established, founders Baker and Jean Ferguson used the French word for “school” in coming up with the name L’Ecole No. 41.

In 1974, the school closed. Local farms were being consolidated, so fewer schools were needed in this rural area. Lower Dry Creek Road, which runs along the east side of L’Ecole, became the dividing line. Students to the east went into the Walla Walla School District, while students living to the west went into the Touchet School District. That continues today.

A lot of memories remain, and former students still stop by the winery.

“We have a lot of locals who come to the front door who say, ‘I just want to look because I went to school here,’ ” Clubb said. “Of course, we welcome them to come in.”

One of those former students is Rick Small, who owns Woodward Canyon Winery next to L’Ecole No. 41.

“We have photographs of Rick Small when he was a young lad in elementary school holding a baseball bat out on the school field,” Clubb said with a smile.

The baseball field now sits between the two wineries and is planted to vines. It’s known as Ballfield Vineyard.

From schoolhouse to L’Ecole No. 41 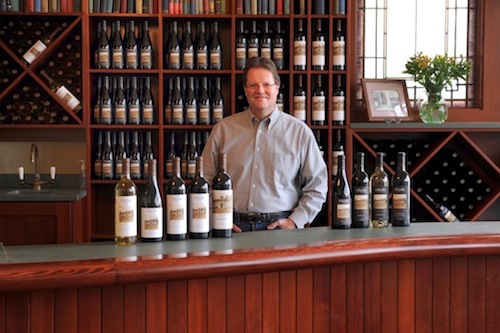 Marty Clubb stands in his tasting room at L’Ecole No. 41. In the upper right corner is an antique stained-glass window from downtown Walla Walla. (Photo courtesy of L’Ecole No. 41.)

Baker and Jean Ferguson had long thought about opening a winery.

“I think they first started dreaming of this 50 years ago,” Clubb said.

Baker was president of Baker Boyer, the oldest bank in Washington, and he had an appreciation for fine wine, as he collected some of the top French Bordeaux and Burgundies in the 1960s.

“I think he, as an agricultural lender, understood that Washington really had the right climate,” Clubb said. “So in those early days when Walter Clore and Chas Nagle and others within the industry were really encouraging the growth, Baker saw that and realized he wanted to be part of that.”

The Fergusons bought the old schoolhouse in 1977 with the intention of turning it into a winery. In fact, Baker Ferguson and Gary Figgins were at the same county planning commission meeting to seek permission to build wineries. Figgins went on to establish Leonetti Cellar in 1978, while the Fergusons took a few years to renovate the old schoolhouse before they launched L’Ecole No. 41 in 1983.

During the pre-winery remodel, the Fergusons removed the schoolhouse roof, added a third floor, then put the roof back on. Only a sharp architectural eye might be able to recognize that the third floor is not part of the original building. About 15 years ago, Clubb restored the bell tower, giving the winery an even more authentic look.

In the late 1990s, Clubb recognized that the Walla Walla Valley was in a growth pattern and he needed to do something about his cramped tasting room because a lot of people would be stopping at the old schoolhouse on the way to the heart of the Walla Walla Valley. He greatly expanded the size of the tasting room while keeping the integrity of the building intact – and also adding historical touches.

“When you come to the tasting room today, that area where the bookshelves are was the original school library,” Clubb said. “The room where we display clothing items with coat racks on the walls, that was the kids’ coat room.”

Jean passed away in November 1998, and Baker followed in June 2005. Their daughter Megan Clubb is CEO of Baker Boyer Bank.

What is old is new again 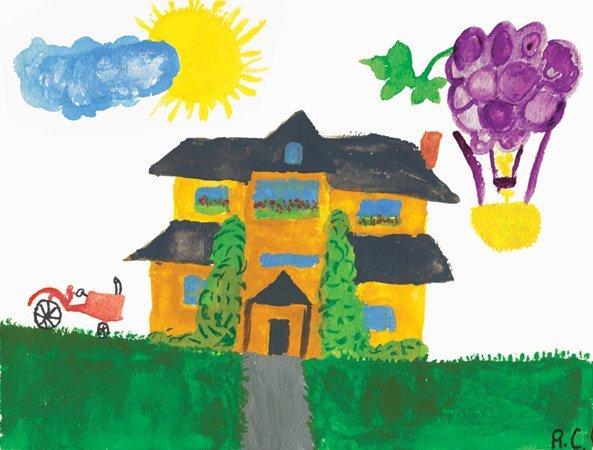 L’Ecole No. 41’s original iconic label was drawn by a young family member. It served as the label for the winery’s first quarter-century.

Longtime Washington wine fans will remember L’Ecole’s first label: a child’s drawing of the winery building. According to family lore, a contest was held in 1983 amid the children in the Fergusons’ extended family, and 8-year-old Ryan Campbell sat in his mom’s car and drew what would become L’Ecole’s label for its first quarter-century.

It was a beloved drawing, and Clubb liked the fact that it was immediately recognizable and stood out on a wine shop shelf.

“It was really quite wonderful,” Clubb said. “It was something people talked about because it was unique, and it was a story. People like to have those stories that connect themselves to the winery.”

However, while time seemed to stand still at the old schoolhouse, the wine world changed. In the past dozen years, thousands of new labels have appeared on store shelves from around the world. Many have whimsical drawings of animals and people, and these wines usually are in the lower price brackets.

“People would look at the old label, and if they didn’t know who we were, they thought it was a lower-priced wine,” Clubb said.

The winery, which has grown to more than 40,000 cases of annual production, has expanded its distribution nationwide, and the story of Ryan and his drawing didn’t travel well. So L’Ecole made the difficult decision to set aside the iconic label and come up with something different.

While Clubb isn’t ruling out the old label making a comeback one of these days – he’s asked about it regularly by fans and customers – he’s focused on continuing to establish the new look.

This year, Clubb added a new wine to his lineup, and it too pays homage to the region’s history. For several years, Clubb has produced a red blend that is competitively priced. It’s gone by names such as Schoolhouse Red, Recess Red and simply L’Ecole Red.

A couple of years ago, he managed to acquire the name “Frenchtown” from the Dunham family, who had established the Frenchtown Vineyard near L’Ecole. Eric Dunham, who died last fall, got his start with L’Ecole in the early 1990s. After the Dunhams sold the property, they made the Frenchtown name available to Clubb.

Frenchtown Red is a blend of Bordeaux and Rhône varieties retails for $22.

Today, L’Ecole No. 41 remains one of the top wineries in the Walla Walla Valley, and it’s often a first stop for visitors to the region because of its location on Highway 12 a few miles west of town.

A bell sits outside the entrance to the tasting room, and a sign invites visitors to pull the rope. Many cannot resist, especially families with children. As the tone of the bell reverberates through the still air, it is easy to imagine schoolchildren scurrying to line up after recess.