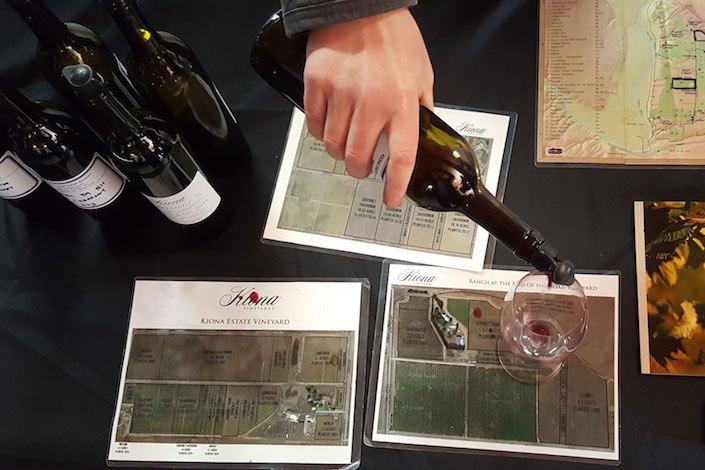 BENTON CITY, Wash. — Even when Washington’s smallest appellation is wearing a wardrobe of snow, Red Mountain still might be the hottest spot in the state for winemakers in search of noteworthy juice.

Of all the winemakers involved, Charlie Hoppes of Fidelitas Wines may have had the shortest drive to the three-hour tasting staged in the red barn of famed Ciel du Cheval.

“We want to get other growers on the mountain involved,” Hoppes said. “I don’t know anybody who does this — where the growers are pouring wines from the wineries that make wine off their blocks. The goal is to get other winemakers interesting in buying fruit from those blocks.

“Everybody does the typical trade tasting of finished wines,” Hoppes added. “This is all barrel samples all from five different entities. This is great. We might do one in Woodinville, too, in order to get more exposure because there’s a lot of fruit going in up here. We need to have customers for it.”

Soil, aspect, clonal selection and farming practices set the table for each winemaker, who then decides how much or how little to manipulate the fruit and the resulting juice. 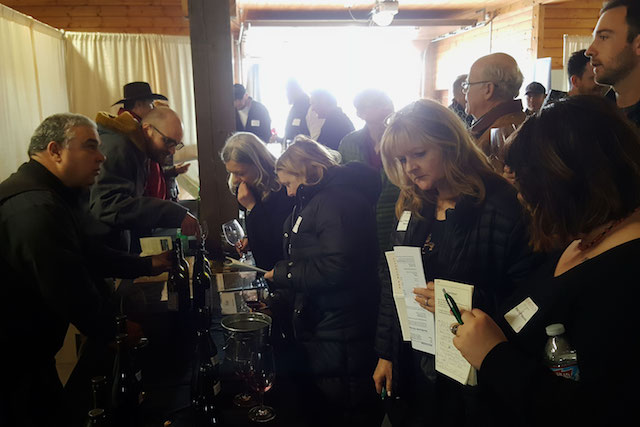 At the high point of the three-hour tasting, the working space of red barn was almost elbow to elbow.

“And I think some of the people here were looking for fruit since they might have lost crop in Walla Walla,” Hoppes said. “Our attendance for this was a good surprise for us, but I think taking it to Woodinville would make it even better.”

Jenn Nance, executive director for the Red Mountain AVA Alliance, said, “We’re looking to showcase what makes our growing region unique. Even though we’re a small AVA, there are subtle differences and nuances within these vineyards.”

The afternoon saw vineyard managers pouring samples for winemakers from across the state.

“People don’t normally get a chance to taste from The Canyons or Shaw or Quintessence unless they are tasting a finished wine,” Hoppes said. “This is a unique idea.”

While it might as well be witchcraft for most consumers, but experienced winemakers know where these wines are heading.

“As a winemaker, you get to see the framework, the basis,” Hoppes said. “What’s cool for me is to taste other people’s wines from the same block. You see the common thread, but you also see the differences like if I did wood fermentation as opposed to a stainless fermentation.

“Some of it you can figure out. Sometimes, they are asking us questions,” Hoppes continued. “It opens me up to what I might try. I might not have ever thought about trying an open-top wood fermenter with that block. What’s cool for me is that we’re not all trying to make the same flavor of orange juice, you know? Winemaking is so subjective. I’m not wrong, and they are not wrong. You are just putting your own signature on that wine.”

Norm McKibben and Seven Hills Vineyard in the Walla Walla Valley orchestrate an annual tasting of wines from that renowned vineyard. His 12-year-old event rotates among Leonetti Cellar, L’Ecole No. 41 and Pepper Bridge.

“There used to be a Conner Lee (Vineyard) tasting that we did when I first started (in Washington), and that was 25 years ago,” Hoppes said. “Jerry Bookwalter and Tom Thorsen put that on. It was an all-day thing, and everybody brought samples.”

This spring, Hoppes also will help spearhead the fourth annual Quintessence Vineyard barrel tasting. That event recruits more than two dozen winemakers from throughout the state and encourages each to bring a barrel sample from specific blocks of Quintessence. Later this year, Hoppes will release his 2014 reds made from Quintessence Vineyard. The 2016 vintage marked the fifth commercial vintage off the vineyard owned by Paul Kaltinick and Dick Shaw. 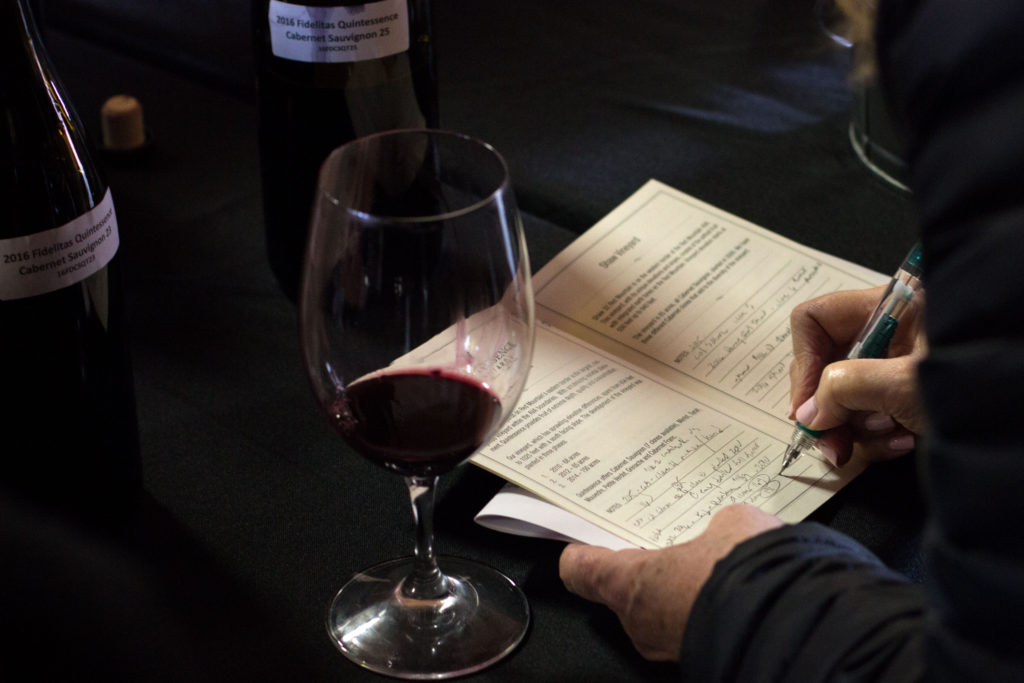 One of the prime reasons for investing in Red Mountain vineyards is the ability to weather the winter.

Hoppes said, “Places in Walla Walla got down to minus-18 this winter. I heard minus-5 for Red Mountain. Cab is supposed to be OK down to minus-10, but I think it might have gotten hit a little bit, especially the younger vines.”

Edwards didn’t mind seeing the snow hang around as long as it did on Red Mountain.

“It’s an insulator,” Edwards said. “The only thing we don’t want to have is when you have sun reflecting off the snow and heating up the vines, which then get cooled off at night. That happened in 1996, and you started seeing a lot of crown gall pop up in vineyards all over the state. Young vines. Older vines. It started popping up all over.” 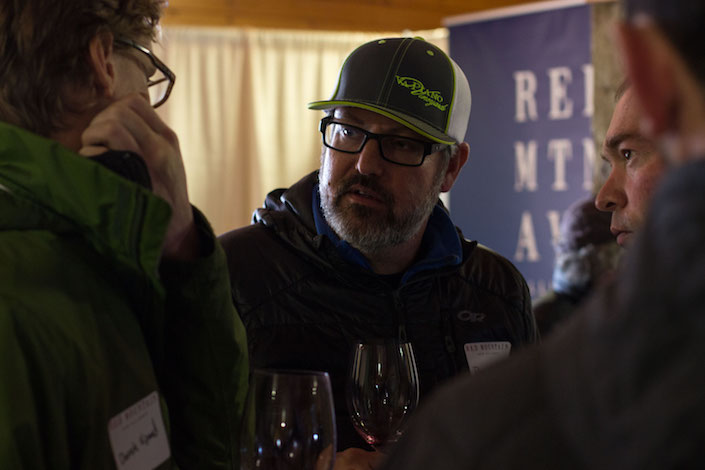 This wintertime trade tasting by the Red Mountain AVA Alliance is another example of Nance’s group focusing its marketing efforts on trade, media and wine influentials, particularly those in Seattle and Portland. Public festivals on weekends are rare these days across the state’s most diminutive appellation, a mere 4,040 acres.

“We’re a small AVA and a relatively small growing alliance, so our resources seem to be better spent on the trade and media rather than a consumer event,” Nance said. “The other difficult piece with a consumer event is that we have membership all over the state. We have members in Walla Walla, in Oregon, in Woodinville, so doing a consumer event that’s on the mountain, doesn’t help the majority of our members if they don’t have a brick-and-mortar facility on Red Mountain.”