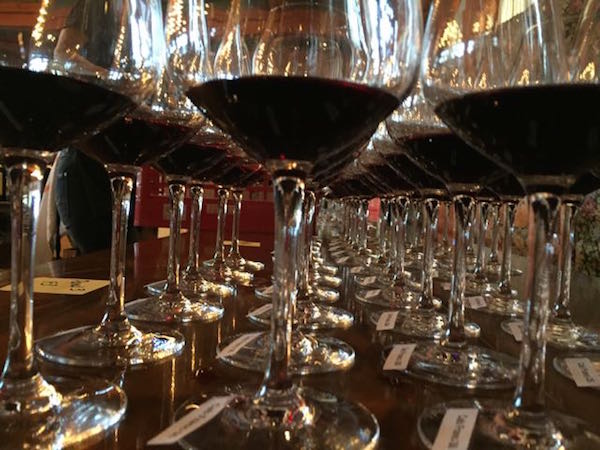 Cabernet Franc glasses are lined up before being presented to the judges at the fourth annual Cascadia Wine Competition. (Photo by Andy Perdue/Great Northwest Wine)

It’s known as “the third Bordeaux” variety, and it’s starting to gain more respect in the Pacific Northwest.

Cabernet Franc is Washington’s No. 4 red wine grape (after Cabernet Sauvignon, Merlot and Syrah), and dozens are being produced as standalone varietal wines.

Traditionally, the six Bordeaux reds (Cab, Merlot, Cab Franc, Petit Verdot, Malbec and Carménère) are blended together. Even in the New World, Cabernet Sauvignon has been the primary grape, with the others serving as little more than backup singers.